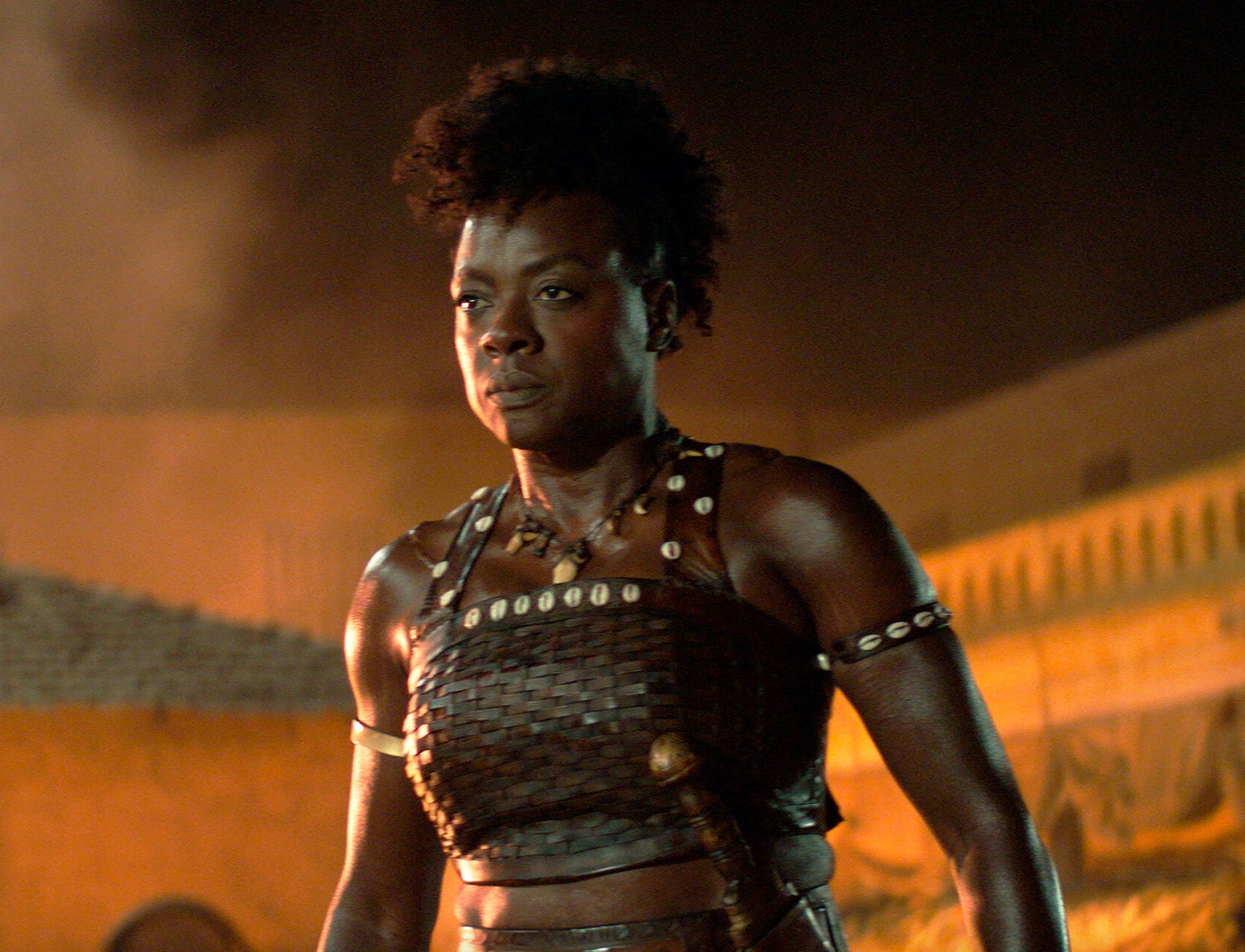 Many critics expected Viola Davis to secure a nomination for best actress for her performance in “The Woman King.”

The nominations for the 95th Academy Awards were announced Tuesday, and critics quickly pointed out one of the biggest snubs: “The Woman King,” starring Viola Davis and directed by Gina Prince-Bythewood, both Black women, received no nominations.

The film led box-office charts when it debuted in September, and had some in Hollywood expecting the movie to nab spots for best picture, best director, or best actress. Twitter was buzzing after the nominations were announced, with film buffs expressing their shock and anger and some resurrecting the hashtag #OscarsSoWhite, according to The Los Angeles Times.

“This should have been Viola Davis’ like fifth nomination,” Meecham Meriweather, a writer in New York, tweeted. “She getting robbed more than the Home Alone house.”

Shanita Hubbard, an author and writer, posted: “Wait. No nominations for the Woman King?? It’s not surprising but DAMN that’s a glaring snub. We don’t have to guess why this happened tho. Smh. #Oscars2023.”

Others called it an “abomination” and a “shame.” But this isn’t the first time a Black filmmaker or actress has gone unrecognized.

Critics pointed out that Black creatives involved in making the movie “Till” — about Mamie Till-Mobley’s quest for justice after the murder of her 14-year-old son, Emmett Till — were snubbed, too. The film featured a Black female lead actress, Danielle Deadwyler, and a Black female director, Chinonye Chukwu.

“This isn’t some missed opportunity for diversity, nor is it an oversight — it is a reflection of our country at large,” Hubbard told Insider via email. “We live in a world where marginalized people have to fight to keep our literature and history from being banned and erased.”

The subtext of the dozens of tweets and critics’ reactions is that the Academy of Motion Pictures and Sciences again failed to recognize the work of talented Black creatives, especially women like Davis, Prince-Bythewood, Chukwu, and Deadwyler. Other critics noted that women directors of all backgrounds were snubbed, as the list included only men. Granted, no Black woman has ever won the award for best director.

The first and only time a Black woman won the Oscar for best actress was in 2002, when Halle Berry took home the award for her performance in “Monster’s Ball.” And this is the second year in a row in which no Black woman was nominated for the best actress trophy.

No Black man was nominated for best actor this year, either. In fact, since the first Academy Awards in 1929, this is the 83rd time film voters didn’t nominate a Black actress for a lead performance; and for Black actors, it’s the 74th lead-performance snub, the LA Times wrote.

For critics, the snubs of “The Woman King” and “Till” are proof that the Academy still doesn’t give Black talent, particularly Black women, a fair chance to be recognized. It’s a sign that the film industry’s commitment to diversity and inclusion is still largely performative, media professors and Black creatives told Insider.

“A Black woman being celebrated for her brilliance and gifts onscreen doesn’t seem to be the type of performance worthy of celebration by the academy,” Hubbard said. “Even when the performance is executed flawlessly by one of the greatest talents of our time, such as Viola Davis.” 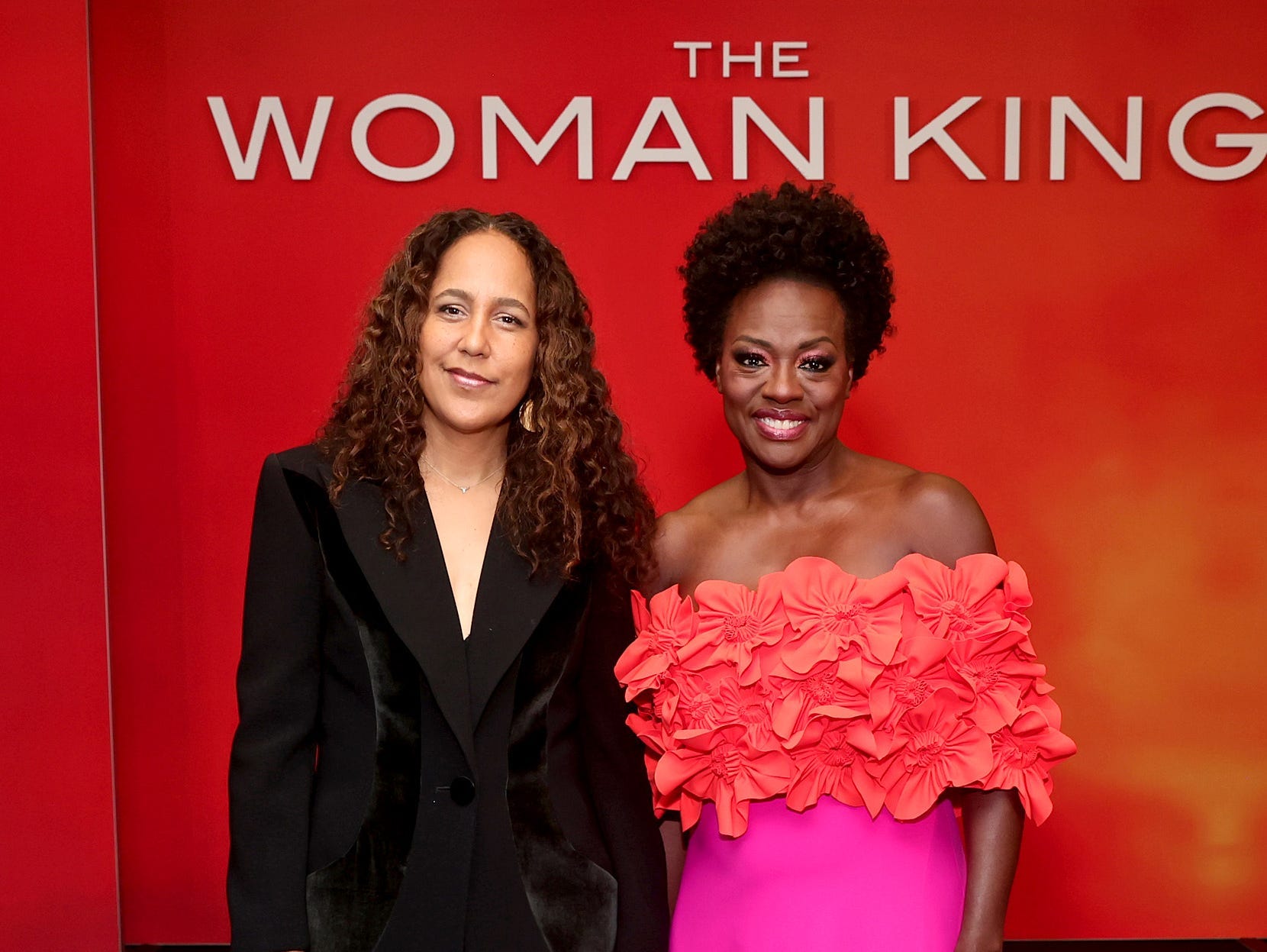 Neither Gina Prince-Bythewood nor Viola Davis received nominations for their work in “The Woman King.”

More than an oversight

For Samantha Sheppard, an associate professor of performing arts and media at Cornell University, this year’s snubs show a devaluation of Black women’s stories and storytellers.

“Gina Prince-Bythewood is one of the best directors working today. She, Davis, and the film have been recognized and nominated throughout this award season,” she told Insider via email. “For the Academy to snub her directorial work and the category to be so blindingly male continues to show the chasm between excellence and recognition.” 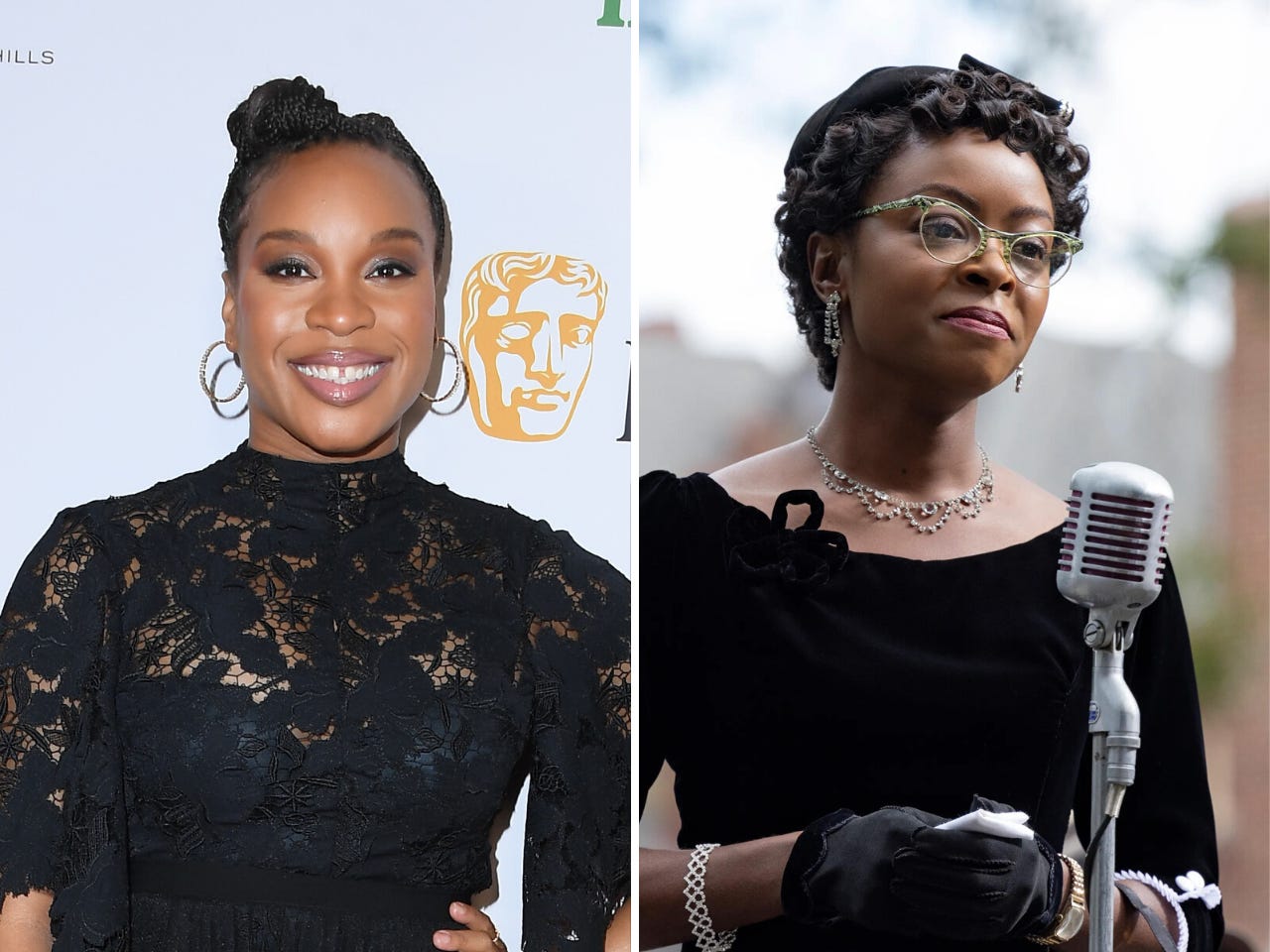 Chinonye Chukwu in real life and Danielle Deadwyler in “Till.”

“Recognizing diversity onscreen and behind the camera means shifting the culture of voters and encouraging them to watch and endorse a rich and varied pool of films,” she told Insider via email.

In 2015, a Black woman named April Reign created the hashtag #OscarsSoWhite after two straight years in which no performers of color were nominated in the top acting categories. The hashtag went viral, and shortly after, the Academy committed to increasing the number of women and “minorities” to its ranks.

There has been tangible progress, like an increase in the number of women and people of color nominated for various categories, as well as historic moments like the South Korean film “Parasite” sweeping the major award categories in 2020, or Ariana DeBose’s win for best supporting actress for her role in “West Side Story” at last year’s Oscars. But issues clearly remain, Sheppard and others said.

Hubbard, the author of the book “Ride or Die: A Feminist Manifesto for the Well-Being of Black Women,” said that change will happen once allies go beyond simple acts like posting black boxes on their Instagram feeds and instead speak out about injustice in their industries.

“In 2023 it is beyond time for more allies to join the fight in a tangible way and not only call out this form of discrimination, but actively leverage their privilege to help Black women in Hollywood,” she said.