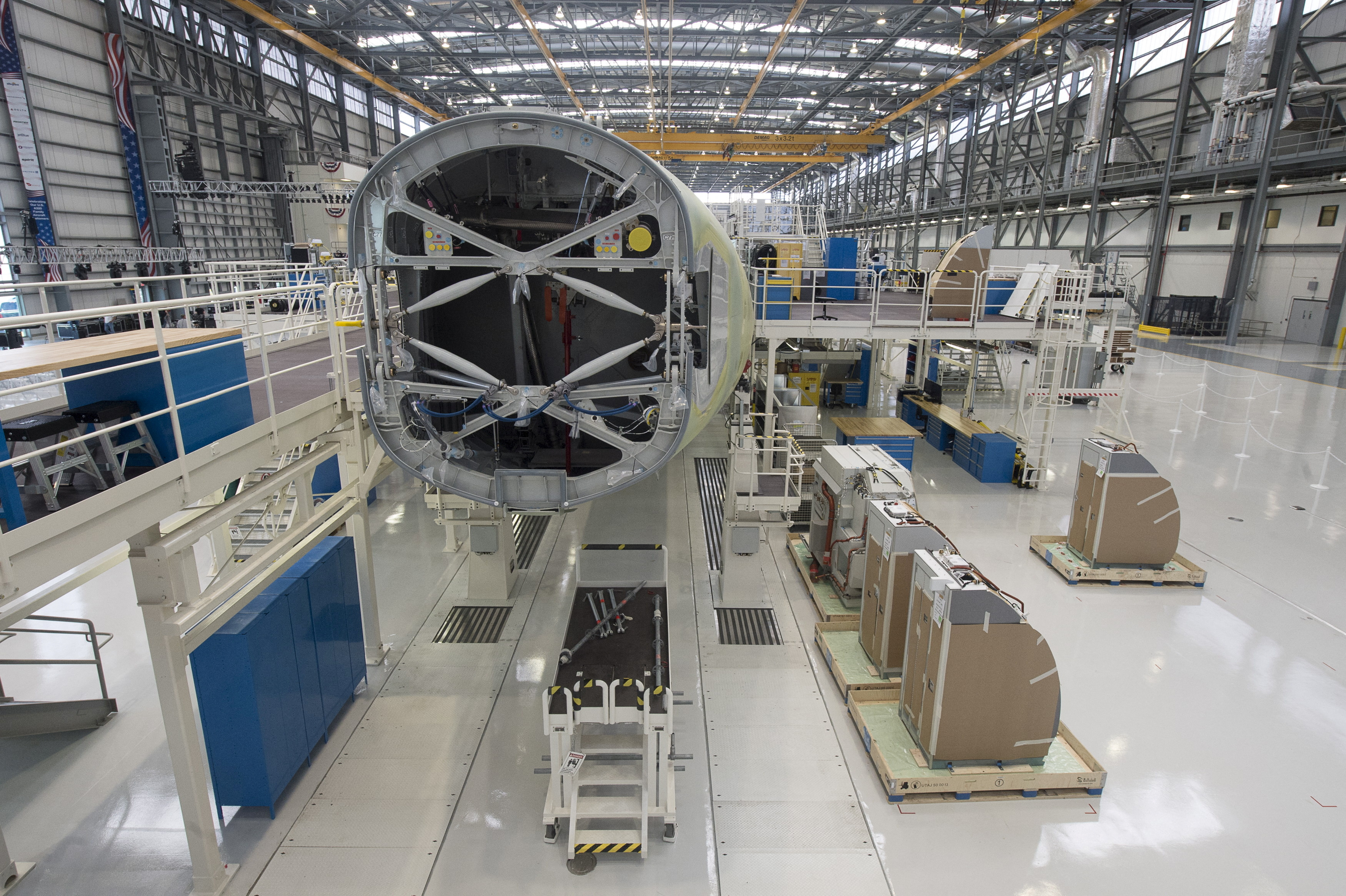 An Airbus A321 is being assembled in the final assembly line hangar at the Airbus U.S. Manufacturing Facility in Mobile, Alabama September 13, 2015. REUTERS/Michael Spooneybarger/File Photo

A battle for compensation is brewing over delays in the delivery of commercial jets, with a Dublin aviation summit descending into a blame game over the worst industrial disruption in years.

Airbus and Boeing defended their record, saying the situation is the result of a mix of factors, from the pandemic to weak supply chains, and a sudden snapback in travel demand.

The public exchanges reflect the battle lines in negotiations behind the scenes over whether manufacturers should bear contractual responsibility by paying penalties, even when suppliers are at fault, people involved in the discussions said.

With January already marked by fresh delay notices being sent to airlines and leasing companies, experts said millions of dollars of exposure are riding on one word: “excusable”.

Excusable delays include “acts of God”, natural disasters, fire, flood, earthquakes and epidemics, among other examples, according to extracts of past contracts filed with regulators.

They may give the manufacturer a get-out in the event of a failure to obtain parts. Wars and strikes are also excusable.

Non-excusable delays include anything that falls outside this catalogue, but are rare, experts say. Only the grounding of the Boeing 737 MAX over design defects was treated as a non-excusable delay on a significant scale, resulting in hefty compensation payments from Boeing, industry sources said.

With last year’s deliveries below target and doubts rising over 2023, planemakers are once again invoking the “excusable delay” clause, buyers said. Airbus and Boeing declined comment on contractual matters.

But three years after the early spread of COVID-19, with demand now surging and China coming back onto the market, lessors used their annual summit to argue enough is enough.

“They are not excusable at all,” Aengus Kelly, chief executive of lease giant AerCap (AER.N) told the Airfinance Journal conference when asked about the delays.

“(Manufacturers) were just wildly over-optimistic in what they could produce. They are trying to blame COVID but COVID has long gone.”

France ended a COVID-related state of emergency last July. The World Health Organisation said last month there were “still too many uncertainties and gaps for us to say the pandemic is over”, but added it hoped to declare the emergency over in 2023.

Tensions have been exacerbated by the increasingly short notice for delays, lessors said. Filling the gap may involve getting jets out of storage, which means facing maintenance bills and bottlenecks in repair shops.

The amount of damages at stake varies from contract to contract, but one buyer said typical exposure in the event of inexcusable delays could reach $20,000 a day for single-aisle jets, rising up to a ceiling of $2 million-3 million per plane.

Even so, that may not mean a cash windfall. Jetmakers prefer to offer credits and large buyers have the scope to renegotiate earlier deals.

“I think it is more likely that there is some other form of concession from the manufacturers. Whether it crosses the line of a liquidated damages payment … is part of an overall commercial discussion,” said Andy Cronin, chief executive of leasing company Avolon.

“But if it persists I wouldn’t rule it out,” he told Reuters.