The World Health Organization (WHO) is investigating whether there is any connection between manufacturers whose contaminated cough syrups it has linked to the deaths of more than 300 children in three countries, a person familiar with the matter told Reuters.

Citing “unacceptable levels” of toxins in the products, the WHO is seeking more information about the specific raw materials used by six manufacturers in India and Indonesia to produce medicines linked to the recent deaths, as well as whether the companies obtained them from some of the same suppliers, the person said. The WHO has not named any suppliers.

The deaths of children from acute kidney injury began in July 2022 in Gambia, followed by cases in Indonesia and Uzbekistan. The WHO has said the deaths are linked to over-the-counter cough syrups the children took for common illnesses and which contained a known toxin, either diethylene glycol or ethylene glycol.

To date, the WHO has identified six drugmakers in India and Indonesia who produced the syrups. These manufacturers have either declined to comment on the investigation or denied using contaminated materials that contributed to any deaths. Reuters has no evidence of wrongdoing by the companies the WHO has named.

“This is of the highest priority for us, to see no more child deaths from something that is so preventable,” WHO spokesperson Margaret Harris said, without commenting further on the details of the organisation’s work.

The United Nations health agency said on Monday it had widened its investigation into potential diethylene glycol and ethylene glycol contamination in cough syrups to four additional countries where the same products may have been on sale: Cambodia, the Philippines, East Timor and Senegal. It called on other governments and the global pharmaceutical industry to launch urgent checks to root out substandard medicines and improve regulation.

The International Federation of Pharmaceutical Manufacturers and Associations (IFPMA) said in an emailed statement on Tuesday that its members “are already doing what the WHO is calling for”, in line with national and international guidelines.

The WHO is expected to comment further on the cough syrup situation during a news conference later on Tuesday.

The WHO has already issued specific alerts for cough syrups made by two Indian manufacturers, Maiden Pharmaceuticals and Marion Biotech, in October 2022 and earlier this month. It said their syrups were linked to deaths in Gambia and Uzbekistan respectively, and the alerts asked people to stop using them.

Maiden and Marion’s manufacturing plants have both been shuttered. Maiden is now seeking to reopen after the Indian government said in December that its testing had found no problems with Maiden’s products.

Maiden has repeatedly told Reuters, including in December, that it did nothing wrong and Managing Director Naresh Kumar Goyal said on Tuesday he had no comment on WHO investigating possible connections between the companies under scrutiny.

Marion’s office phone went unanswered on Tuesday and the company did not immediately respond to an email seeking comment. Earlier this month, it told the government of Uttar Pradesh, where it is located near New Delhi, that it was being blamed for the deaths in Uzbekistan “to malign the image of India and the company”.

PT Yarindo Farmatama, PT Konimex and PT AFI Farma did not immediately respond to requests for comment on Tuesday about the WHO investigating connections between the deaths in the three countries.

PT Universal Pharmaceutical Industries’ lawyer, Hermansyah Hutagalung, said it had pulled from the market all cough syrups deemed dangerous. “Chase the suppliers, they’re the real criminals,” Hutagalung added. “They’re the ones that forge raw ingredients by falsifying raw ingredient documents all the way to pharmaceutical companies.” He did not identify specific suppliers or give details to back up the claim.

The WHO said the syrups were contaminated with diethylene glycol and ethylene glycol, which it called “ toxic chemicals used as industrial solvents and antifreeze agents that can be fatal even taken in small amounts.” Their toxic effects include an inability to pass urine, kidney injury and death.

The deaths have highlighted potential gaps in global regulation of commonly-used medications, including oversight of factories and supply chains, particularly those producing products for developing countries which lack the resources to monitor medicines for safety.

The WHO sets guidelines on medicine manufacturing standards globally and supports countries investigating any lapses, but it has no legal mandate or enforcement authority to take direct action against violators. 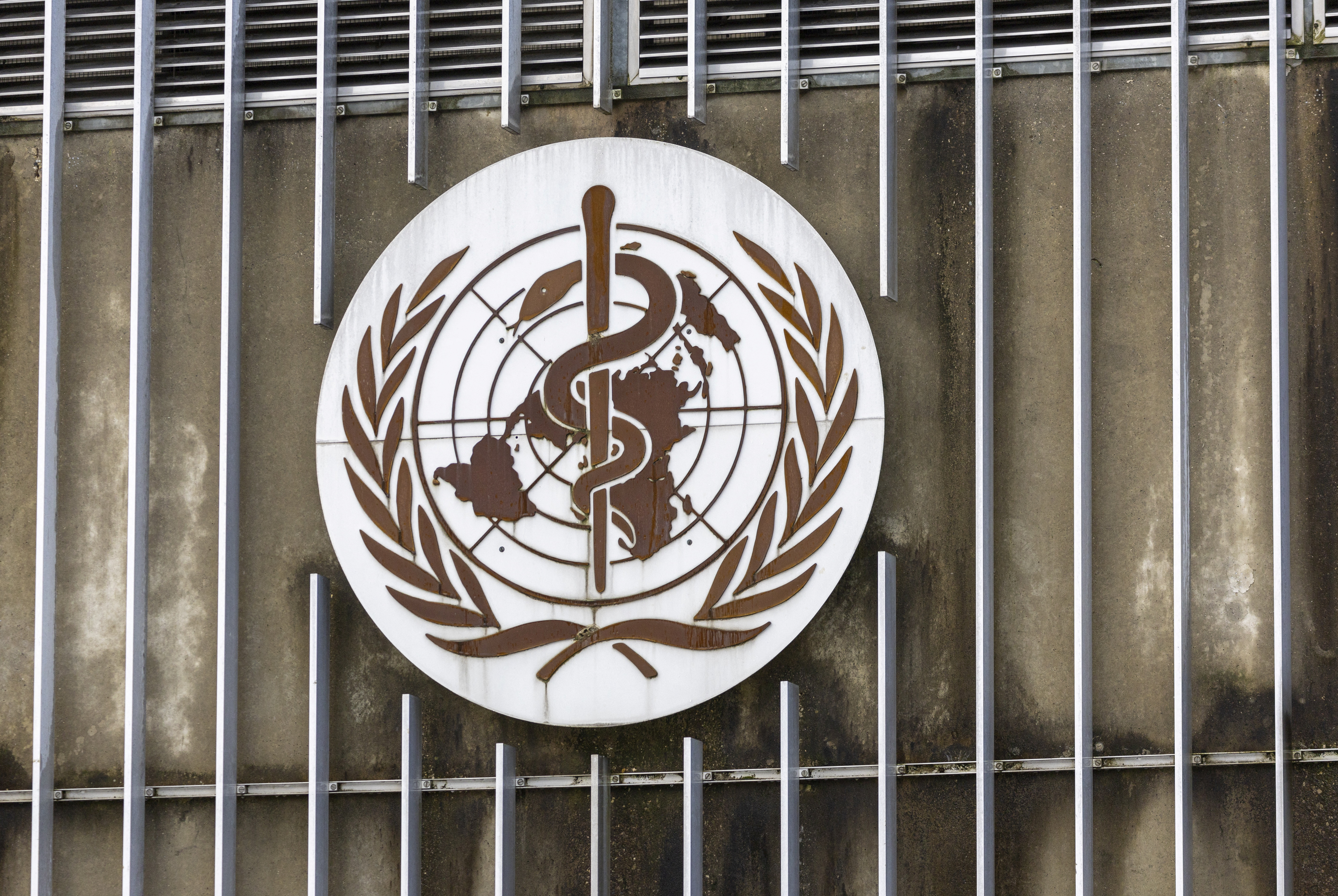 A logo is pictured at the World Health Organisation (WHO) in Geneva, Switzerland, December 14, 2022. REUTERS/Denis Balibouse 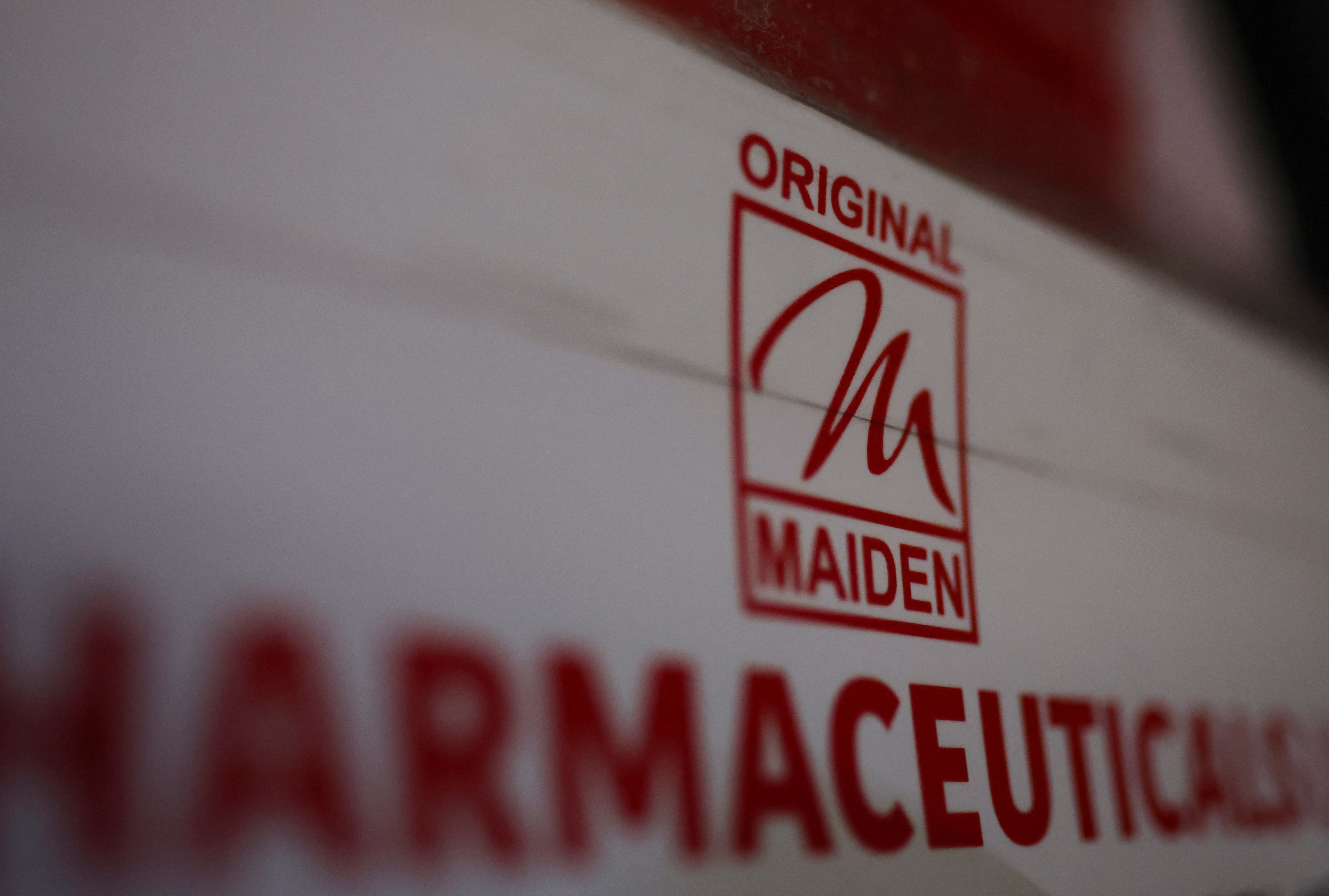 Logo of the Maiden Pharmaceuticals Ltd. company is seen on a board outside their office in New Delhi, India, October 6, 2022. REUTERS/Anushree Fadnavis 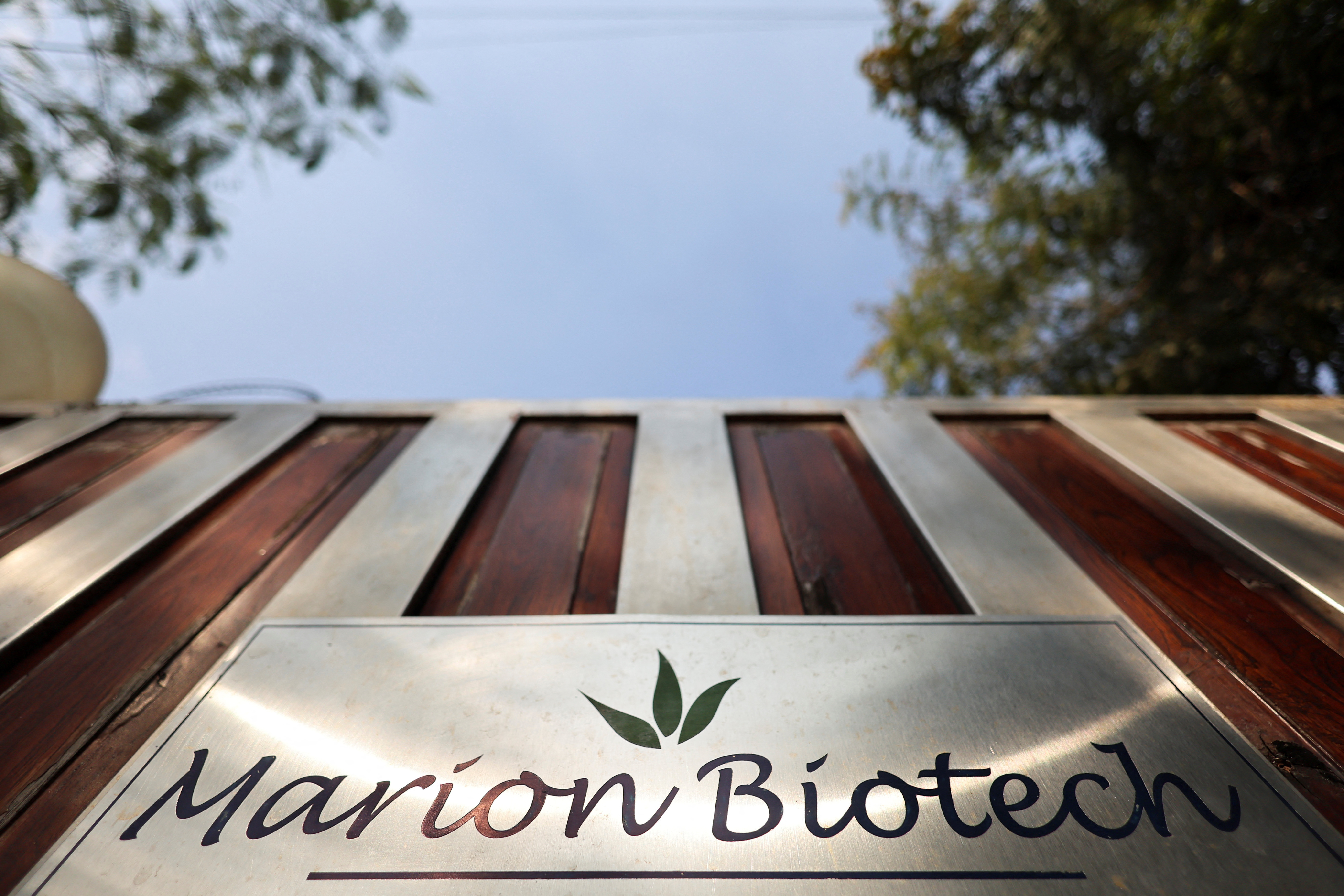 Logo of Marion Biotech, a healthcare and pharmaceutical company is seen on a gate outside their office in Noida, India, December 29, 2022. REUTERS/Anushree Fadnavis