Listen to this article
2023-01-19T15:38:13Z
Anna Maiboroda said on Thursday (January 19) she was afraid to hear “the horrible news” that her daughter was gone when a helicopter crashed near her child’s daycare center on Wednesday (January 18) in Brovary, Kyiv region. Officials have not suggested the crash was an attack by Russian forces waging war in Ukraine.

Anna Maiboroda feared the worst when a helicopter carrying Ukraine’s interior minister crashed near her daughter Vika’s nursery, setting the building ablaze with her daughter inside.

The young mother ran to the burning nursery but could not see her daughter.

“I started screaming ‘Where are the kids?’. I heard that the kids are somewhere in cars, in nearby apartment blocks entrances. Some kids were in ambulances,” she said on Thursday, a day after the crash in the town of Brovary outside Kyiv.

“I started screaming my child’s last name. After some time I heard the teacher screaming: ‘Anna! Anna! Your Vika is with us.'”

Maiboroda’s daughter escaped without serious injury. Others were not so lucky.

One child was among the 14 people killed and 11 other children were hurt, officials said. Interior Minister Denys Monastyrskyi and two of his aides were also among the dead.

A police spokesperson said on Thursday the minister had been flying to a location near the frontline in the war against Russia. She said it was too early to say what caused the crash, but Ukrainian officials have not blamed it on Russia.

Orthodox Christian priests led a vigil in Brovary on Thursday, chanting dirges and burning incense as residents placed flowers and cuddly toys at a makeshift memorial near the nursery.

Ukraine’s flag flew at half-mast over a sign on a nearby main street saying: “I love Brovary”.

“The hardest part was to hear the words of the three-year-old when she came and said ‘My house was burnt. Today they burnt my nursery and wanted to burn me.’ This is a cursed war,” Maiboroda said.

Mykola Antonov was inside the building with his five-year-old son when suddenly everything was on fire, he said.

“I got up, started to put out the fire on my clothes that were burning, and search for my son. He managed to get to the door, nothing happened to him, thank God, and we started taking the children out,” Antonov said.

“The teachers were great. They reacted quickly and we managed to take all children out into the yard. We came out and it was a shock, an apocalypse, everything was on fire.”

Sixteen people, including six children, were still being treated in hospital on Thursday, the regional governor said.

Sofiia Slisarenko was among the lucky ones. She had not gone to the nursery on Wednesday because she was ill, said her mother, Olena Slisarenko.

“I came here because this is our nursery, and our friends are here… But thank God, Sofiika fell ill, so we weren’t there,” the mother said at the vigil, her daughter beside her.

“Our friends here…our friends died unfortunately. And our neighbours… Some friends were hospitalised in critical condition, so we had to come here.” 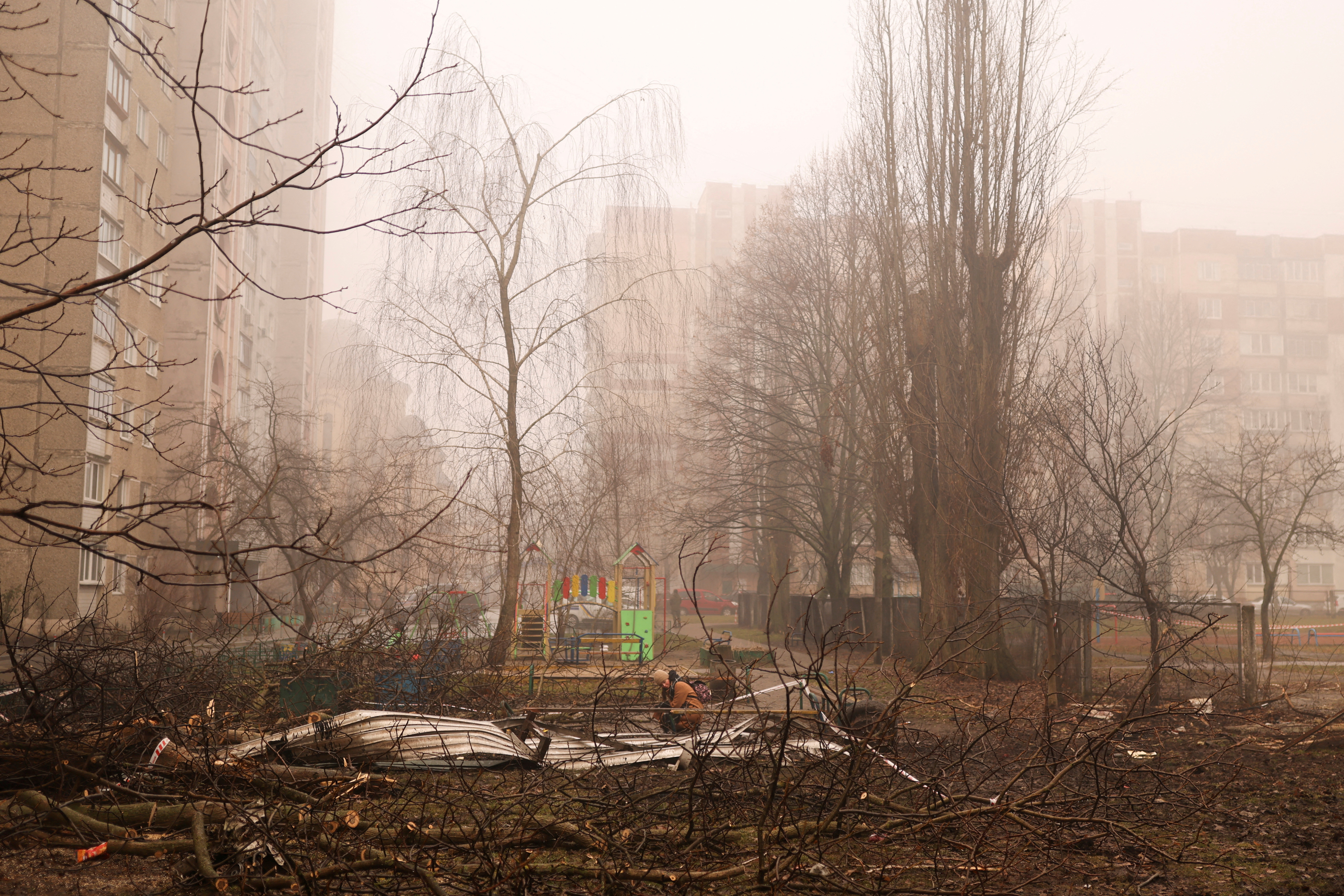 A relative looks at the site of a helicopter crash, amid Russia’s attack on Ukraine, in the town of Brovary, outside Kyiv, Ukraine, January 19, 2023. REUTERS/Nacho Doce 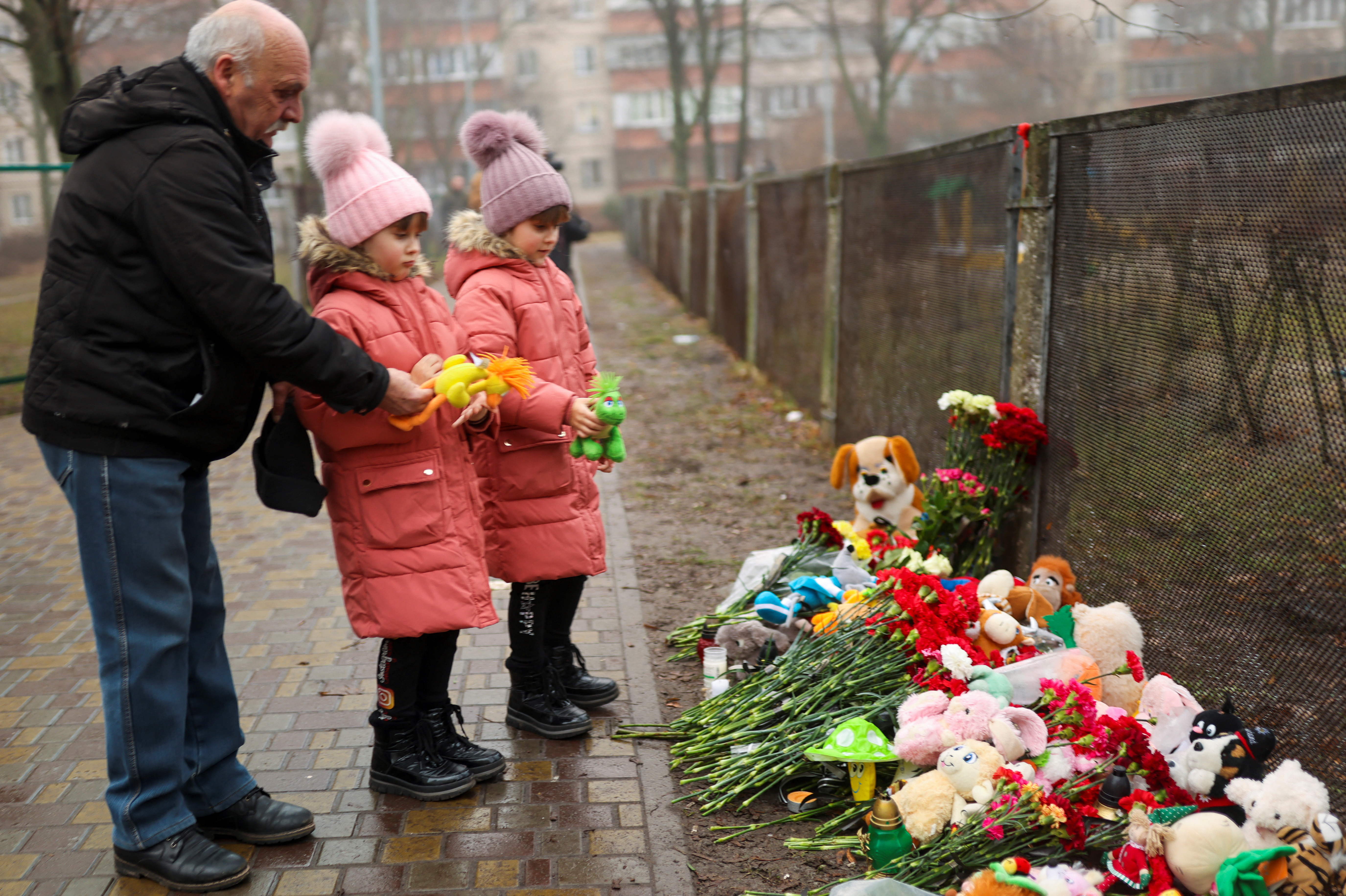 A man and girls pay tribute to victims next to the site of a helicopter crash, amid Russia’s attack on Ukraine, in the town of Brovary, outside Kyiv, Ukraine, January 19, 2023. REUTERS/Nacho Doce 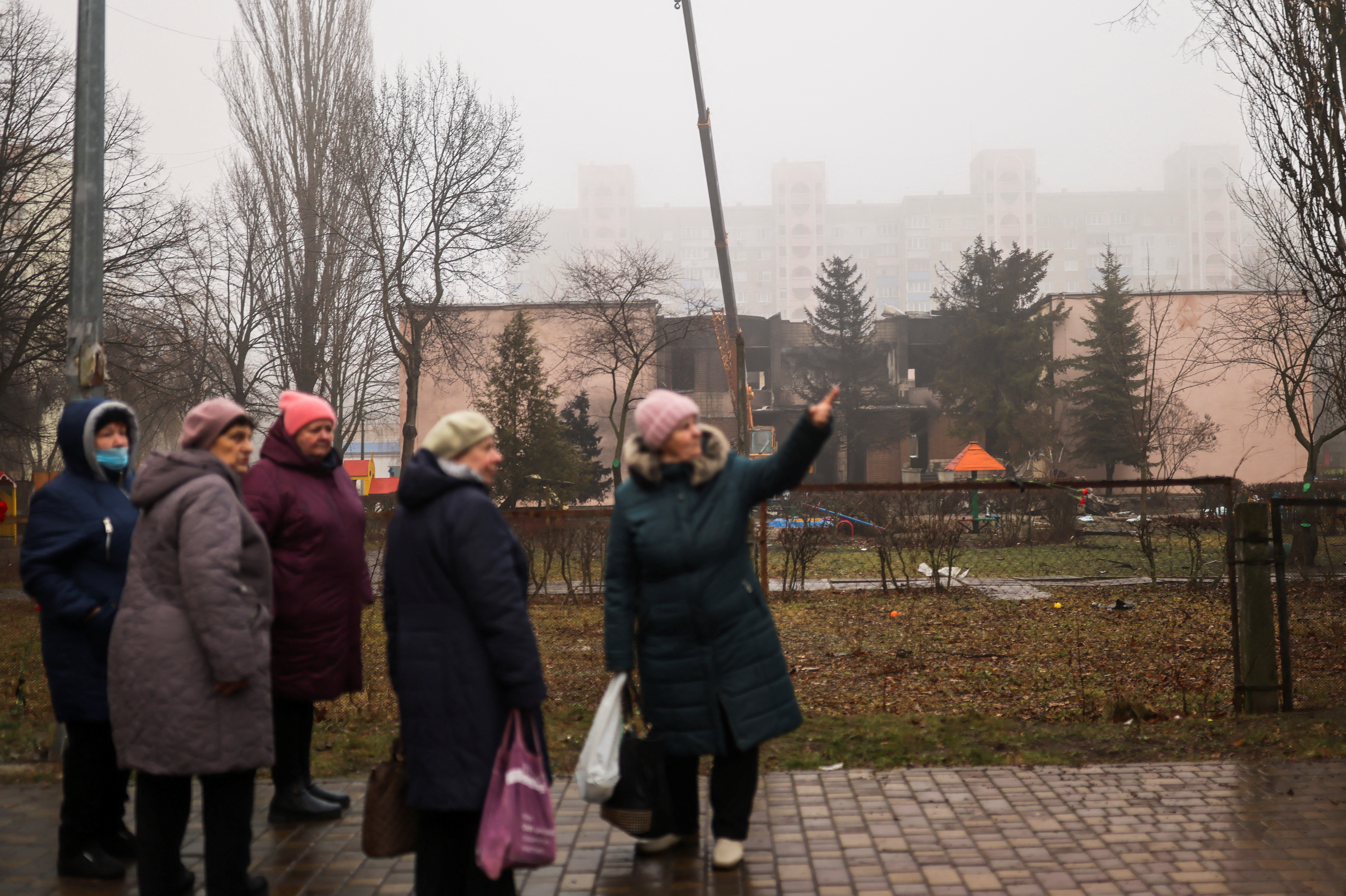 Women look on by the site of a helicopter crash, amid Russia’s attack on Ukraine, in the town of Brovary, outside Kyiv, Ukraine, January 19, 2023. REUTERS/Nacho Doce 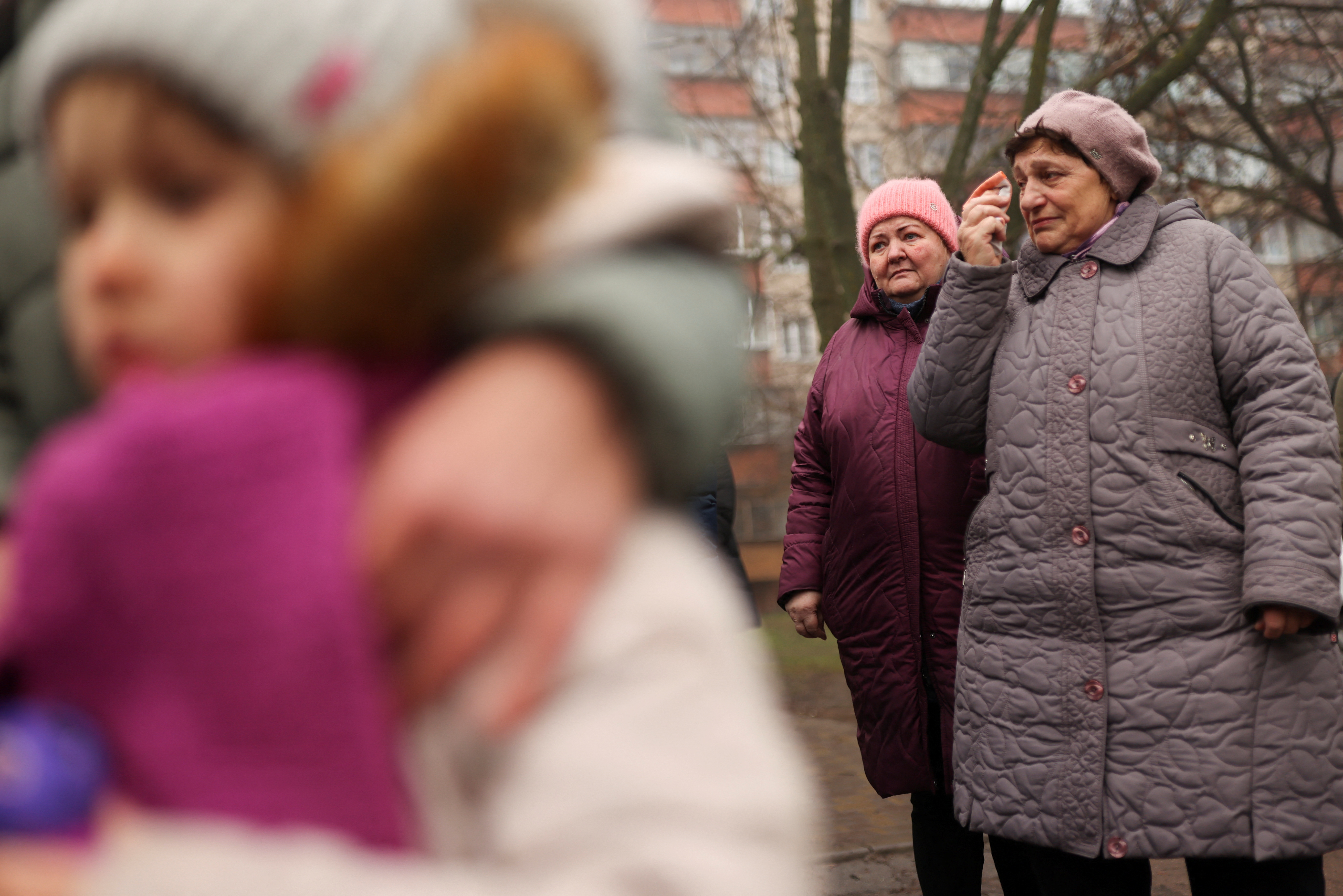 A woman cries as Orthodox priests hold a service at the site of a helicopter crash, amid Russia’s attack on Ukraine, in the town of Brovary, outside Kyiv, Ukraine, January 19, 2023. REUTERS/Nacho Doce