WASHINGTON (Reuters) -Ukraine’s allies must intensify their military support to Kyiv to help them break a hardening of the front lines and avoid a devastating, prolonged, World War One-style battle of attrition, Britain’s foreign minister said on Tuesday. 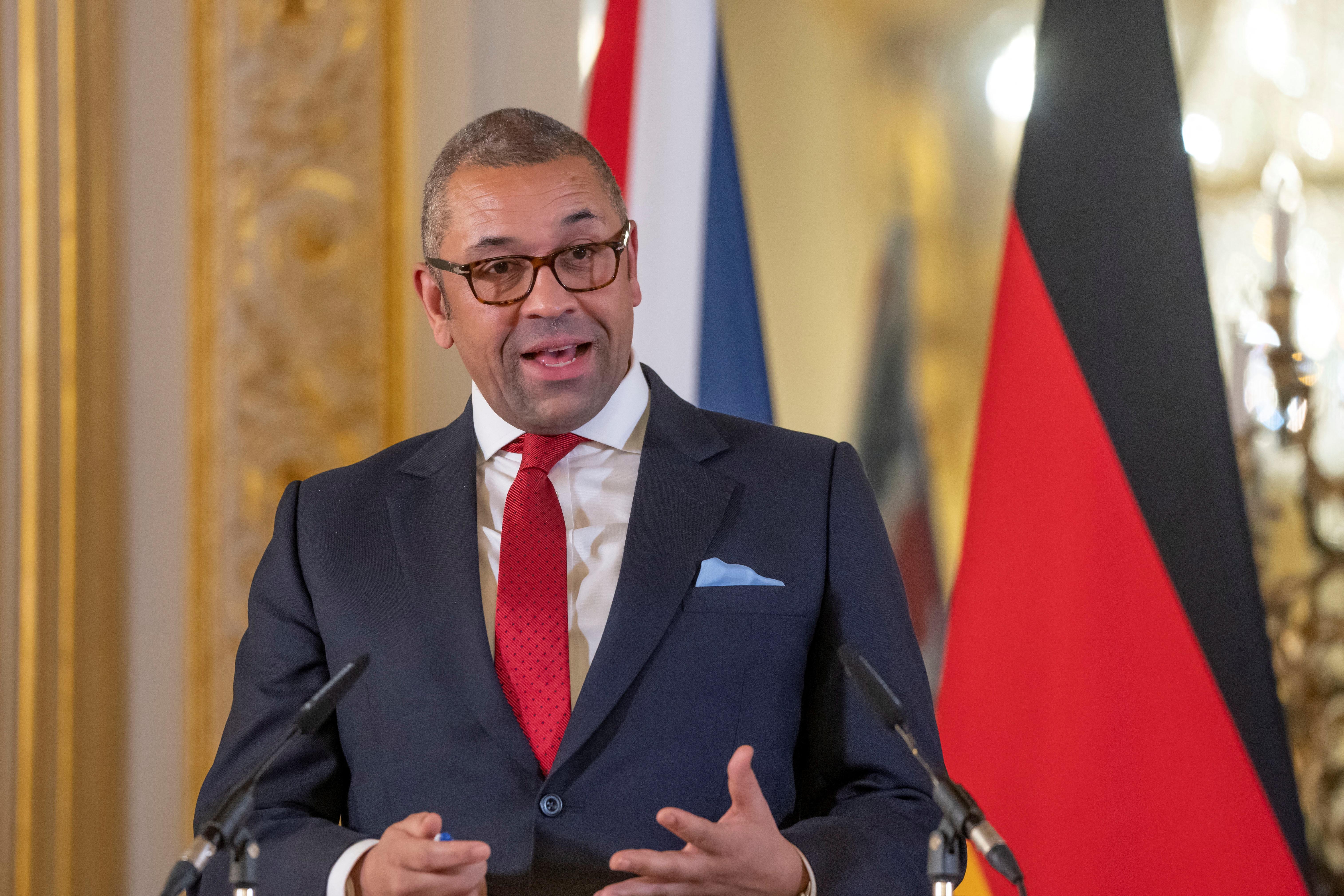 “We have started to see a slowing — an ossification — of the line of contact,” James Cleverly told a small group of reporters in Washington.

“What we see when you it when you have these kind of brutal, attritional conflicts is this huge loss of life. And that cannot be what any of us want to see — which is why we think that now is the right time to intensify our support for Ukraine.”

Cleverly’s remarks came ahead of this week’s gathering of top defense officials from dozens of countries at the U.S. Ramstein Air Base in Germany to coordinate military aid for Kyiv.

They follow Britain’s weekend announcement it will supply Ukraine with 14 Challenger 2 main battle tanks – the first modern Western tanks to be promised to Kyiv – and other heavy weaponry.

The British decision has intensified pressure on Germany to send Leopard 2 tanks to Ukraine.

“We can’t allow this to drag on to become a kind of First World War-type attritional stalemate,” Cleverly said. Since the start of Russia’s invasion of Ukraine on Feb. 24, the United States and its allies have given tens of billions of dollars’ worth of weaponry, including rocket systems, drones, armored vehicles and communications systems.

Still, Ukraine says it needs more aid to defeat Russia on the battlefield.

Ukraine’s top general, Valeriy Zaluzhnyi, said he had outlined his forces’ “urgent needs” in a first personal meeting on Tuesday in Poland with the chairman of the U.S. Joint Chiefs of Staff, Army General Mark Milley.

Russia largely has been bolstering defensive lines in southern Ukraine and in the eastern Donbas region, where it recently made advances in a monthslong bloody slog to capture the city of Bakhmut.

“The message we’re sending to (Russian President Vladimir) Putin and frankly to anyone else that cares to be watching is that we made a commitment to support Ukrainians until they are victorious,” Cleverly said earlier on Tuesday, speaking at a separate event at the Center for Strategic and International Studies in Washington.

Cleverly told reporters that Russia would likely need to look for ways to generate additional forces to deploy to Ukraine, given the high loss of Russian lives in the conflict.

“With regard to the mobilization, I think it is inevitable that we will see other forms of mobilization,” he said, without elaborating on what that might look like.

Audio Review via Michael Novakhov on Inoreader
After 17 years in prison, will Andrew Malkinson finally clear his name?
byThe Guardian

Almost two decades ago Andrew Malkinson was accused of a rape where the victim was left for dead. He has always maintained his innocence and his supporters say the case against him was fatally flawed. Now he hopes new evidence will show he was not guilty. Help support our independent journalism at theguardian.com/infocus