Speaking at the Dinokeng Game Reserve outside Pretoria, Yellen told South African officials the new group would work to boost information sharing by the countries’ financial intelligence units and to strengthen controls to combat money laundering and terrorist financing.

Most wildlife poached and trafficked worldwide is destined for China for use in traditional medicines, a U.S. official said. Such trafficking declined sharply during the height of the COVID-19 pandemic, but began rising again last year.

South African media have reported that the Paris-based Financial Action Task Force (FATF), which sets standards on combating money laundering and illicit financing, could add South Africa to its “grey list” when it meets in February 2023.

Grey-listed countries are subject to greater monitoring by the FATF on concern that they are at higher risk for money laundering and terrorist financing.

“Through closer collaboration to target illicit proceeds linked to wildlife trafficking, as well as overlapping criminal activity like corruption, fraud, and drug trafficking, we are taking a step in the right direction today,” Yellen said after touring the game preserve, which has suffered from poaching of wild animals, including rhinoceros, in the past.

“To help save wildlife populations from further poaching and disrupt the associated illicit trade, we must ‘follow the money’ in the same way we do with other serious crimes,” Yellen said.

Yellen said the U.S. Treasury already worked alongside South Africa with FATF to identify indicators associated with money laundering and wildlife trafficking, but “much more” could be done to crack down on the illegal money flows associated.

This included identifying and seizing the proceeds generated from the illegal wildlife trade and impeding the money laundering and cross-border transactions of transnational criminal organisations often involved in corruption, she said.

“To make an impact against this harmful crime and the illicit financing that accompanies it, we must use this as an opportunity to build a consistent and durable approach,” said Yellen, who will meet South African President Cyril Ramaphosa later on Wednesday and top finance officials on Thursday.

South Africa is the last stop on Yellen’s three-country tour of Africa, which is part of the Biden administration’s push to deepen U.S. economic ties with Africa and provide a counterweight to China, which has dominated trade and investment on the continent for the last decades.

U.S. Ambassador to the United Nations Linda Thomas-Greenfield is expected in Ghana on Wednesday, kicking off her own three-nation African tour that will focus on regional security issues and strengthening food security. 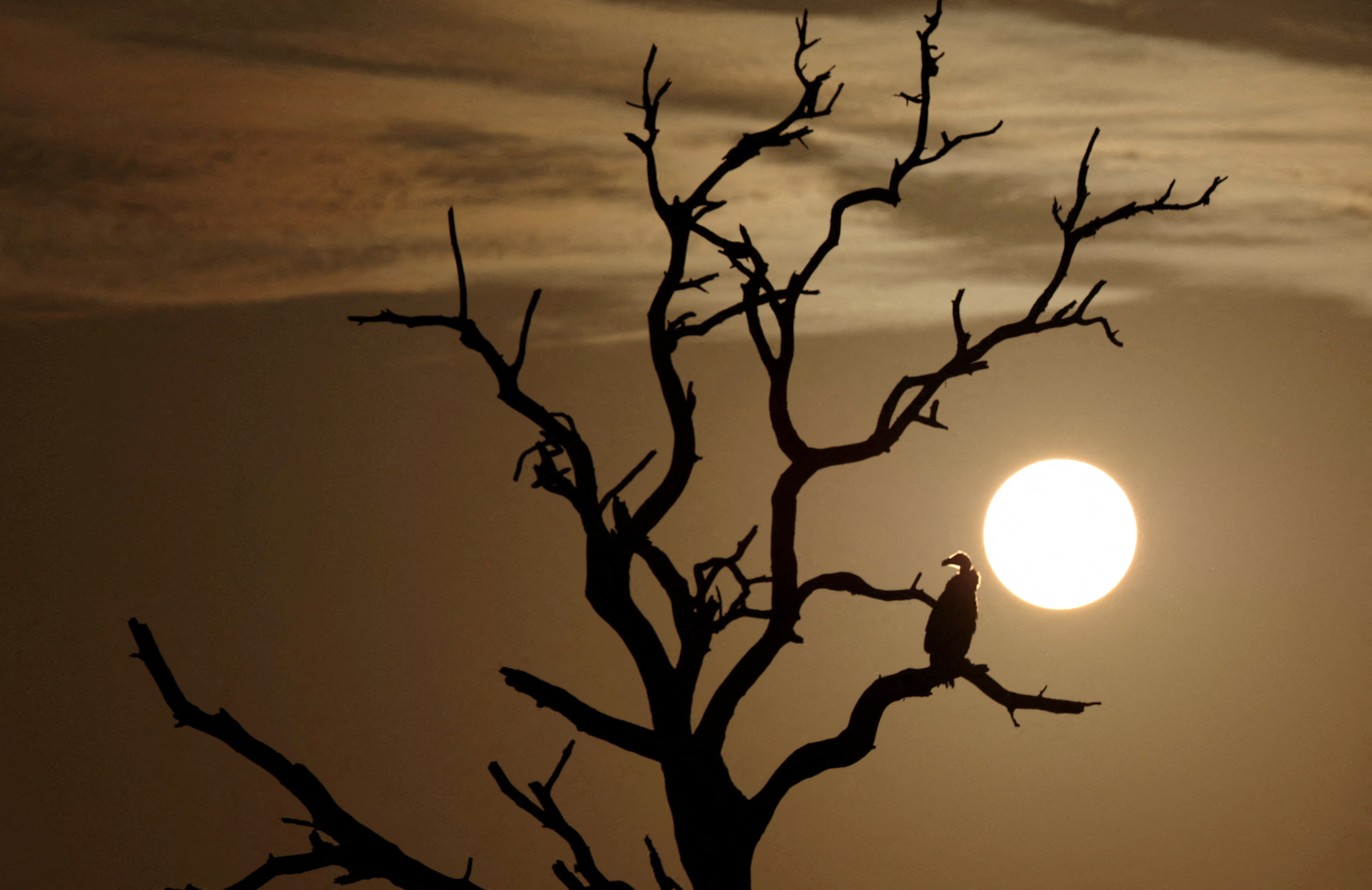 A vulture sits on a tree as the sun rises at the iconic Kruger National Park, in Skukuza, Mpumalanga Province, South Africa, February 10, 2022. REUTERS/Siphiwe Sibeko/File Photo 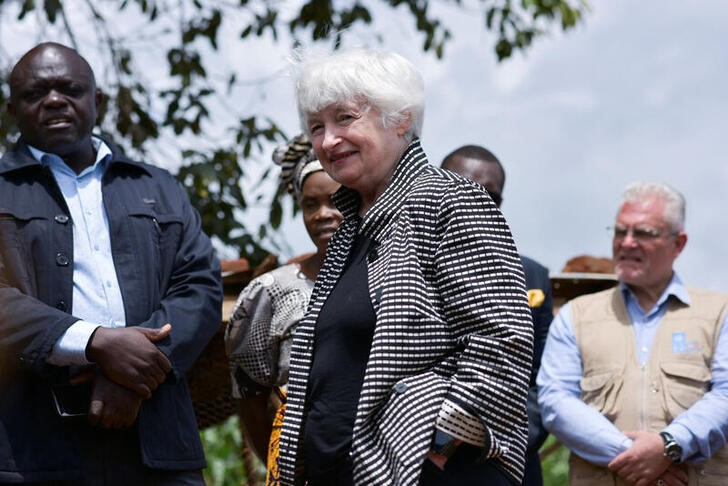 US Treasury Secretary Janet Yellen reacts during a visit to the Strengthening Climate Resilience of Agricultural Livelihoods in Agro-Ecological Regions I and II in Zambia Project, REUTERS/Namukolo Siyumbwa