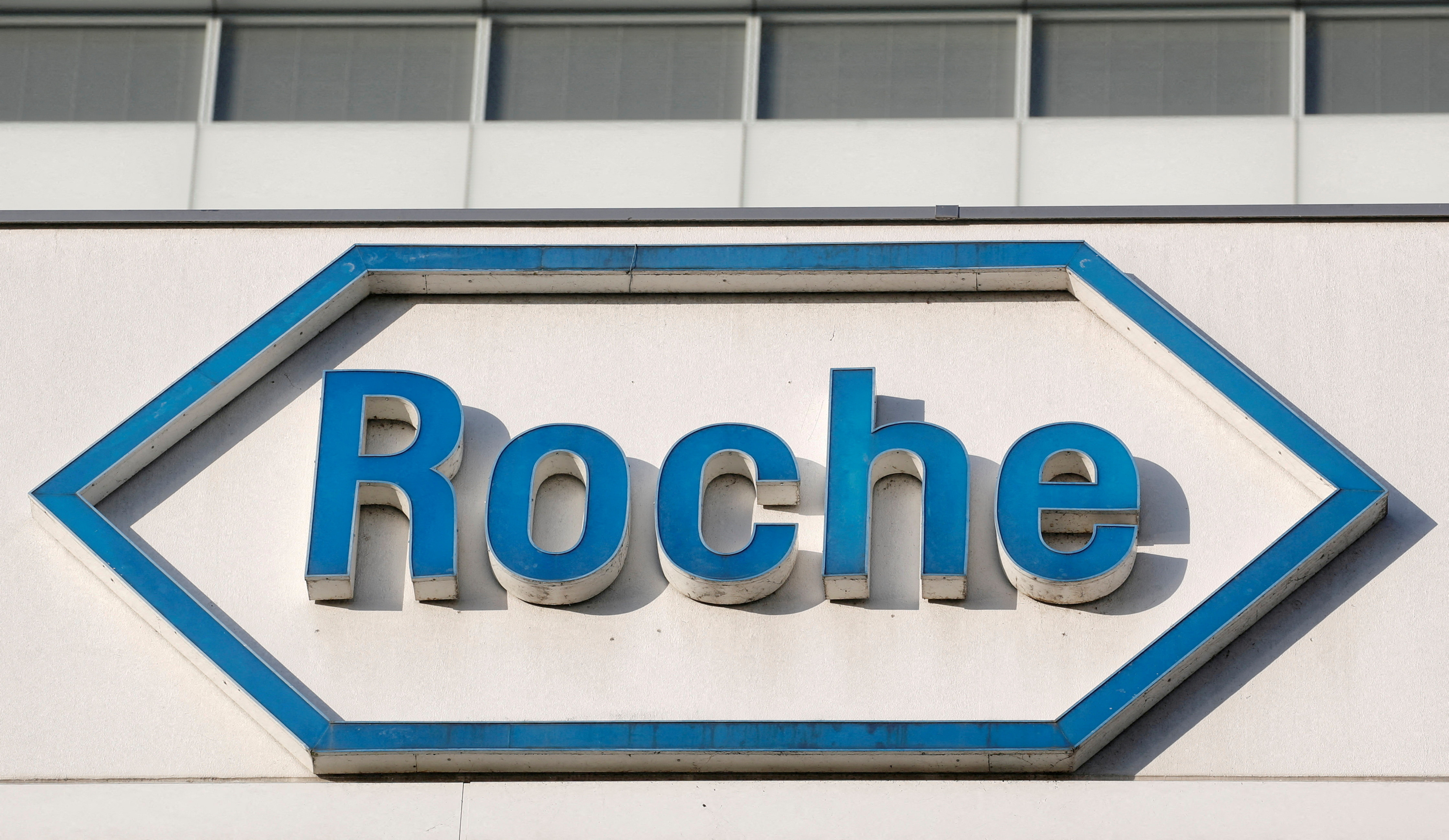 The logo of Swiss drugmaker Roche is seen at its headquarters in Basel, Switzerland January 30, 2020. REUTERS/Arnd Wiegmann/File Photo

Swiss drugmaker Roche (ROG.S) is closing down most clinical trials of its experimental Alzheimer’s drug gantenerumab after it failed to slow advance of the mind-robbing disease in a pair of large, late-stage studies, the company said on Wednesday.

Roche presented full results of twin trials at an Alzheimer’s meeting in San Francisco after announcing in November that the drug had failed in the two trials. read more

Unlike Eisai Co Ltd (4523.T) and Biogen Inc’s (BIIB.O) lecanemab, which appears to be on track for U.S. regulatory approval after presenting successful trial results on Tuesday, Roche’s drug did not show a statistically significant benefit in patients with mild cognitive impairment and early Alzheimer’s disease.

Both drugs are designed to remove forms of the protein beta amyloid from the brain, sticky plaques believed to play a major role in the disease.

While Eisai’s infusion succeeded in slowing the advance of Alzheimer’s by 27% after 18 months, Roche’s drug reduced decline by just 8% in the Graduate I study and 6% in the Graduate II study compared with a placebo after two years.

A key difference may have been in the drug’s ability to clear amyloid from the brain.

In a presentation on Wednesday, researchers said gantenerumab, which is given by injection, only achieved amyloid clearance in 28% of patients in the Graduate I trial and 25% in Graduate II after two years, half of what the company expected to see.

Lecanemab, by contrast, cleared amyloid in 68% of those in the study after 18 months.

Dr. Howard Fillit, chief science officer at the Alzheimer’s Drug Discovery Foundation, said there are a number of reasons why Roche’s drug may have failed, including differences in chemistry, dosing and the way it was administered via injection versus infusion.

But the fact that the drug failed to remove amyloid deposits in the brain as expected clearly played a role, he added.

The field of Alzheimer’s research is littered with failure and disappointment, including for several drugs in the same class, and previous efforts to prove gantenerumab’s worth.

In 2014, the drug failed to show a benefit when given at a lower dose among patients with mild Alzheimer’s, and it failed again in 2020 in a Washington University School of Medicine trial of patients with an inherited form of Alzheimer’s.

“Obviously, within the class, some drugs are working and some aren’t,” Fillet said.

A Roche spokesman said in an emailed statement that the company will stop all gantenerumab studies in early Alzheimer’s disease, including extension studies of the Graduate trials and the Skyline Phase III study in patients with evidence of amyloid in the brain but no signs of cognitive decline.

“In the Graduate studies, the level of amyloid removal was lower than expected. We expect the same, lower effect in the Skyline population, and consider this insufficient to continue,” the spokesman said.

Roche is still testing a different formulation of gantenerumab called trontinemab, designed to ferry the drug across the blood brain barrier – protective blood vessels that prevent chemicals in the bloodstream from entering the brain – in hopes of getting more of the treatment into the brain.

“We remain committed to Alzheimer’s disease and will direct our focus to new and potentially improved approaches for new treatments,” Rachelle Doody, Roche’s global head of neurodegeneration drug development, said in a statement.