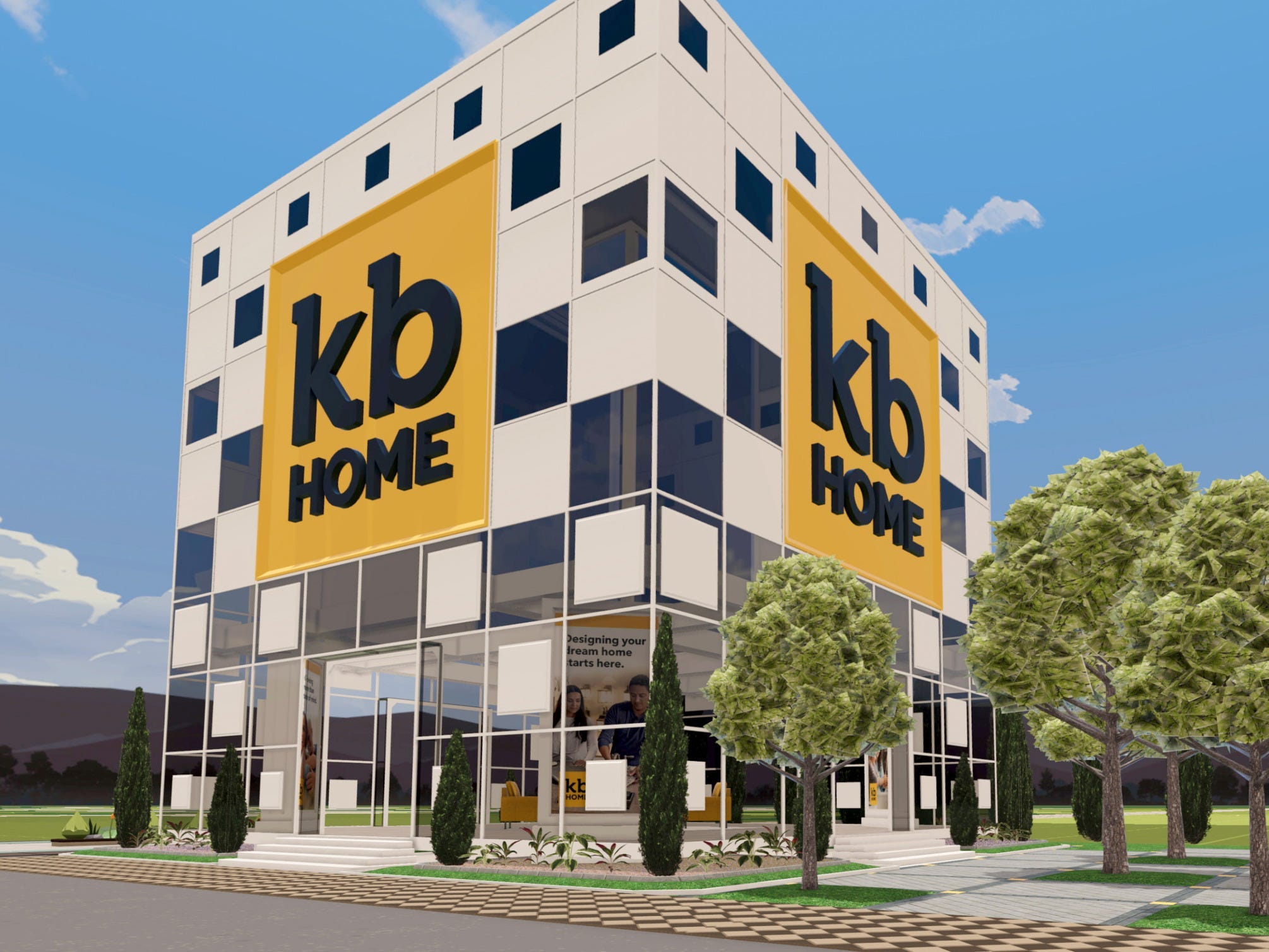 One of America’s largest built-to-order homebuilders is expanding into the metaverse as more homebuyers in the real world cancel their purchase agreements.

KB Home, a Los Angeles-based homebuilder that operates in 47 markets across the country, announced on Tuesday that it launched the first-of-its kind virtual reality community to inspire more “exploration and engagement” among its customers. The move comes just days after the company announced in its fourth quarter earnings that its cancellation rate has risen to 68% compared to just 13% it reported in Q4 2021.

KB Home’s virtual community allows customers to personalize some of the company’s model homes to their preferences, from changing the architectural style to customizing the interior design. It was designed in partnership with marketing firm The Metaverse Group and launched on the Decentraland platform. Decentraland is a web browser platform where people can buy virtual plots of land with cryptocurrency and build digital homes.

“We know consumers are increasingly immersing themselves and spending more time in virtual spaces,” KB Home’s CEO Jeffrey Mezger said in the announcement.

Cancellations have become a scourge to homebuilders of all types over the past year as rising mortgage rates have caused many potential homebuyers to wait and see if they can get a better deal in the future.

Lennar Corporation, a Miami-based homebuilder that specializes in building single-family homes, reported in its Q4 2022 earnings back in December 2022 that its cancellation rate rose to 26% from 12% from the same period a year prior.

The story is the same for Toll Brothers, a luxury homebuilder based in Fort Washington, Pennsylvania, which saw its cancellations increase from 4.6% in Q4 2021 to more than 20% in Q4 2022, according to its earnings report.

Taylor Morrison, a Scottsdale, Arizona-based homebuilder and land developer, reported a similar outcome in its Q3 earnings report back in October 2022. The company saw its cancellation rate increase from around 6% in Q3 2021 to 15.6% in Q3 2022.

In turn, homebuilders have been offering incentives to potential buyers in an effort to offload their backstock of homes. For example, Taylor Morrison offered homebuyers discounts ranging between $18,000 and $50,000 for new homes in Houston. Lennar Homes held a Black Friday-esque sale last year in hopes of inspiring more homebuying activity as well.

These efforts come as the number of newly constructed homes on the market continue to take up a growing share of the US housing inventory. According to census data, more than 461,000 newly constructed homes were available in November 2022, representing 8.6 months of supply, compared to the 3.3 months of supply for existing homes, as measured by the National Association of Realtors.

For KB Home, cancellations are especially precarious as the company specializes in built-to-order construction, meaning that KB customers can personalize their homes before they are built. Mezger said during the company’s Q4 earnings call that the company saw an increase in the number of cancellations of homes that were “close to or at completion” because of challenges with adding utilities to completed homes and a lack of confidence among homebuyers.

To combat these issues, Rob McGibney, KB Home’s chief operating officer, told investors that the company is focusing on moving homes “as efficiently as possible through the construction cycle.” This includes incentivizing buyers in some markets with mortgage buydowns and reducing the number of days between selling a property and beginning construction.

The metaverse community can help alleviate some of these issues by allowing customers to design their new home online before KB begins building it in the real world. However, the company is still dealing with supply chain issues as it relates to HVAC units, electrical components, garage doors, and windows, McGibney said.