–
Attack on the Capitol and the German far right – Cleveland American

MSNBC Live: House To Vote On Impeachment Of President Trump

Turkey drought: Istanbul could run out of water in 45 days

The National Interest: NATO Has Launched a New Special Operations Facility in the Baltics

End of the Audio Report

I do not believe that it will ever happen but they came dangerously close in transforming this fantasy into the reality. They cultivated their Fifth Columns with great care, devotion, patience, hope, and the generous financial injections.

The Russian spies, agents, hoodlums, and others, all sorts of garbage invisibly saturated the American social, political, and economic lives.

Brooklyn New York is their capital, where they practice their creeping Sovietization.

The security strategies with regard to this threat have to be reviewed, re-conceptualized, and reassessed. It has to be done IN DEPTH, as I called for many times, although I am not a professional in this area.

This is a wake-up call. It has to be answered. We must wake up.

The problems and tasks have to be clearly formulated, and the proper actions have to be taken. 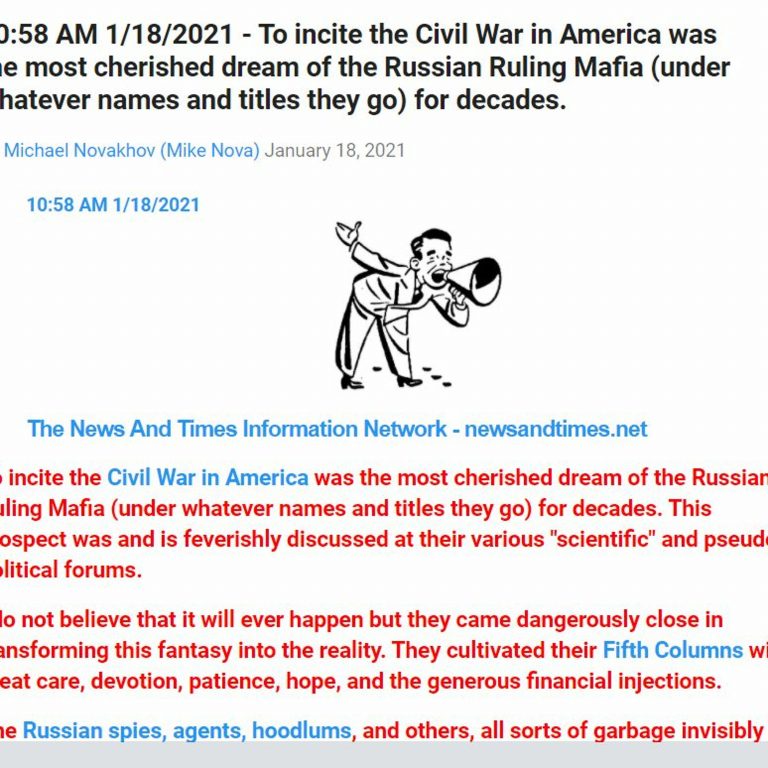