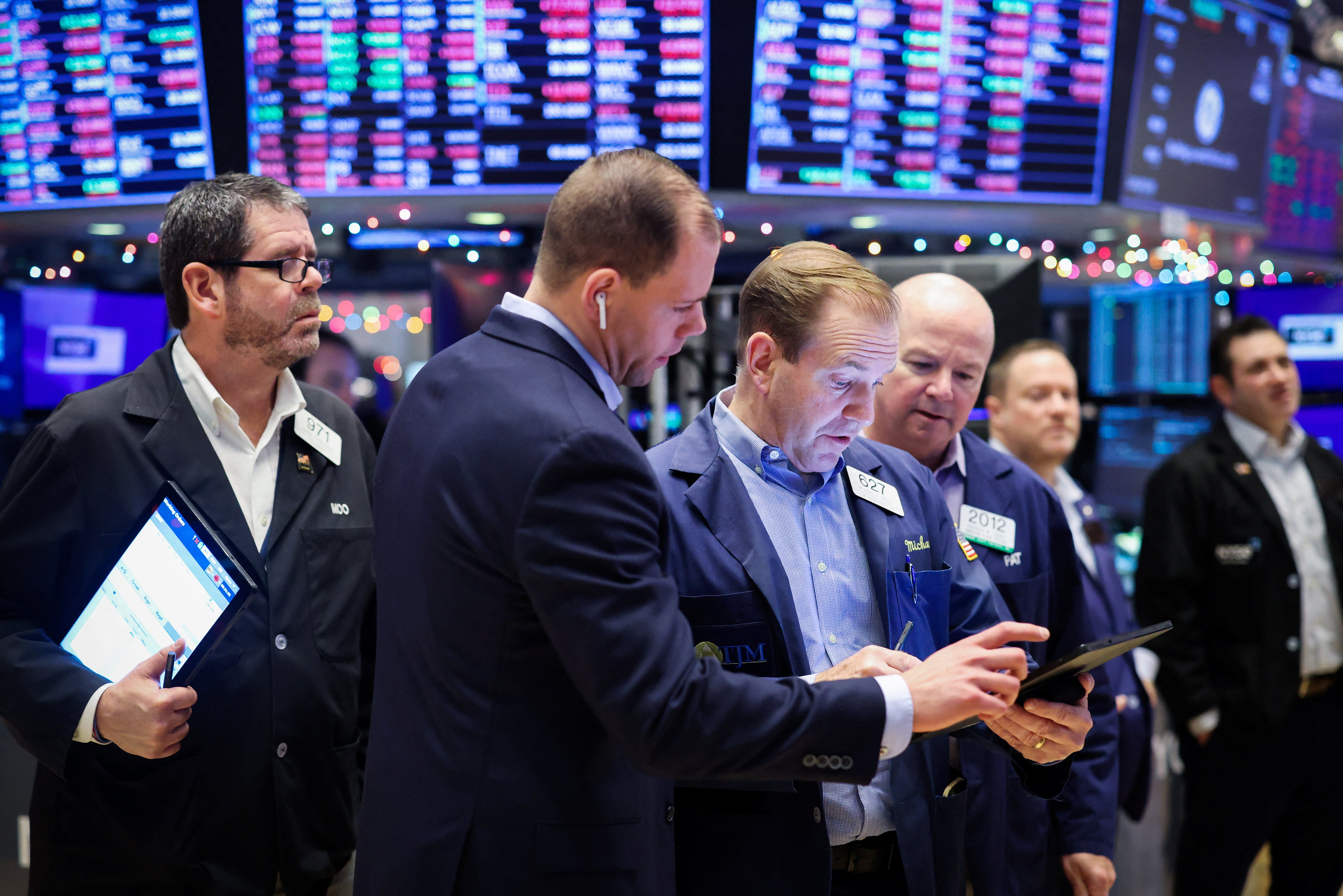 The Dow stumbled more than 1% on Tuesday as weak earnings from Goldman Sachs dragged the index lower, but a jump in Tesla shares helped keep the benchmark S&P 500 and Nasdaq near the unchanged mark.

Goldman Sachs Group Inc (GS.N) slumped 6.91% and was poised for its biggest one-day percentage drop since June 2020 after the bank reported a bigger-than-expected drop in quarterly profit. The decline in Goldman shares, the second-most expensive of the Dow Industrials, pulled the price-weighted index lower as the biggest drag.

For a price-weighted index such as the Dow, the share value of a stock is proportional to its contribution in the index, in contrast to the market capitalization-weighted S&P 500 (.SPX).

Also weighing on the blue-chip Dow index was insurer Travelers Cos Inc (TRV.N), which slumped 4.8% after forecasting fourth-quarter earnings below estimates.

Morgan Stanley (MS.N) climbed 6.86% as it beat analysts’ estimates for fourth-quarter profit as its trading business got a boost from market volatility.

Earnings from Goldman Sachs and Morgan Stanley close out what was a mixed bag for big banks, many of which have stashed rainy-day funds to gird against a potential recession.

Analysts expect year-over-year earnings from S&P 500 companies to decline 2.4% for the quarter, according to Refinitiv data, compared with a 1.6% decline at the start of the year.

Equity markets have gotten off to a strong start this year after a dismal performance in 2022, on hopes that easing inflation and a slowdown in the economy, especially the labor market, would give the Federal Reserve the leeway to scale back the size of interest rate hikes it has used to combat high prices.

The Dow was on track to snap a four-session win streak, while the Nasdaq was on pace for its seventh straight gain, its longest streak since November 2021.

Money market participants are currently expecting a 25-basis point interest rate hike from the U.S. central bank in February and see rates peaking at 4.9% in June, while the Fed’s projections are for over 5%.

U.S.-listed shares of Chinese companies declined, with JD.Com Inc down 6.01% and Baidu Inc off 6.45% after China’s economic growth in 2022 slumped to one of its worst levels in nearly half a century.

Advancing issues outnumbered declining ones on the NYSE by a 1.09-to-1 ratio; on Nasdaq, a 1.00-to-1 ratio favored advancers.

Audio Review via Michael Novakhov on Inoreader
The latest in sports
byThe Associated Press
All-Star point guard Kyrie Irving is on the move, the Knicks win at home and the Cavaliers pick up a road victory, women’s college basketball’s top ranked team passes a big road test, the PGA tour will need an extra day to determine a winner at the AT&T Pebble Beach Pro-Am and NASCAR pays a visit to Los Angeles. Correspondent Mike Reeves reports.