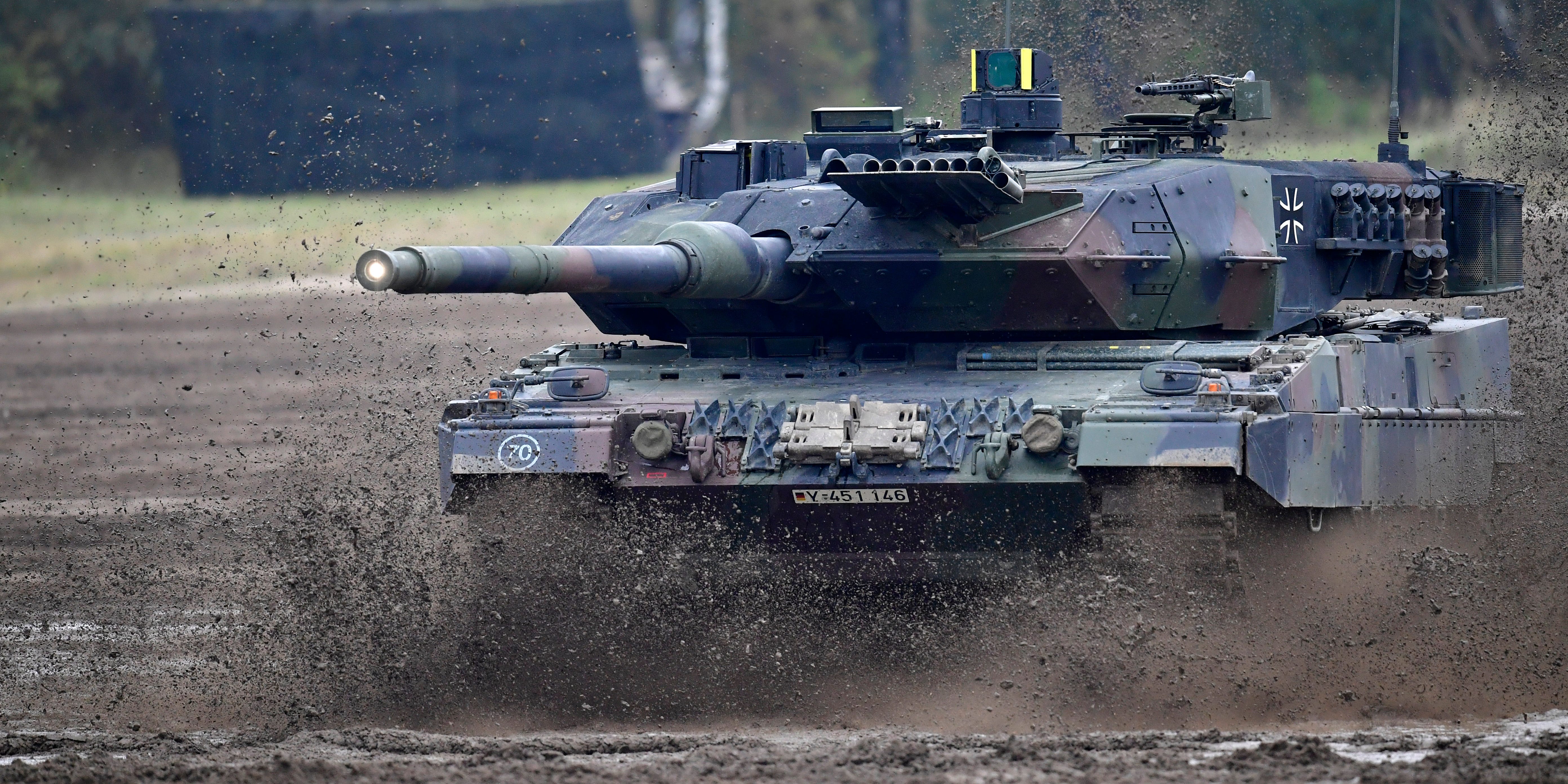 The Leopard 2A7 main battle tank of the German Armed Forces participates in the “Land Operations” military exercises during a media day at the Bundeswehr training grounds on October 14, 2016 near Bergen, Germany.

Germany has finally decided to let its Leopards hunt in Ukraine, at last agreeing to transfer the main battle tanks to Kyiv.

“This decision follows our well-known line of supporting Ukraine to the best of our ability. We are acting internationally in a closely coordinated and concerted fashion,” German Chancellor Olaf Scholz said Wednesday as the government announced a plan to initially send 14 Leopard tanks with more to come later, The New York Times reported.

Germany has until now been reluctant to send its Leopard 2 tanks or allow other countries with these tanks in their arsenals to send them. Some countries, Poland in particular, have been growing impatient and have even suggested bypassing Berlin to get the tanks in Ukrainian hands.

These modern tanks have better armor, improved sensor suites, and more powerful cannons than some of the older Soviet-era tanks that have dominated the battlefield in Ukraine thus far.

Once they eventually make their way there, these weapons, along with the Challenger tanks promised by the British, will represent a substantial boost to not only the quantity but also the quality of heavy armor available to Kyiv.

The announcement from Germany this week follows repeated Ukrainian requests for tanks and come as Western militaries have sharply increased their security assistance for Kyiv, providing new weapons of war at a pivotal moment.

This added firepower comes just weeks ahead of the one-year anniversary of Russia’s invasion, which has become a “very, very difficult fight” with a relatively “static” front line, Gen. Mark Milley, the chairman of the Joint Chiefs of Staff, said last week. 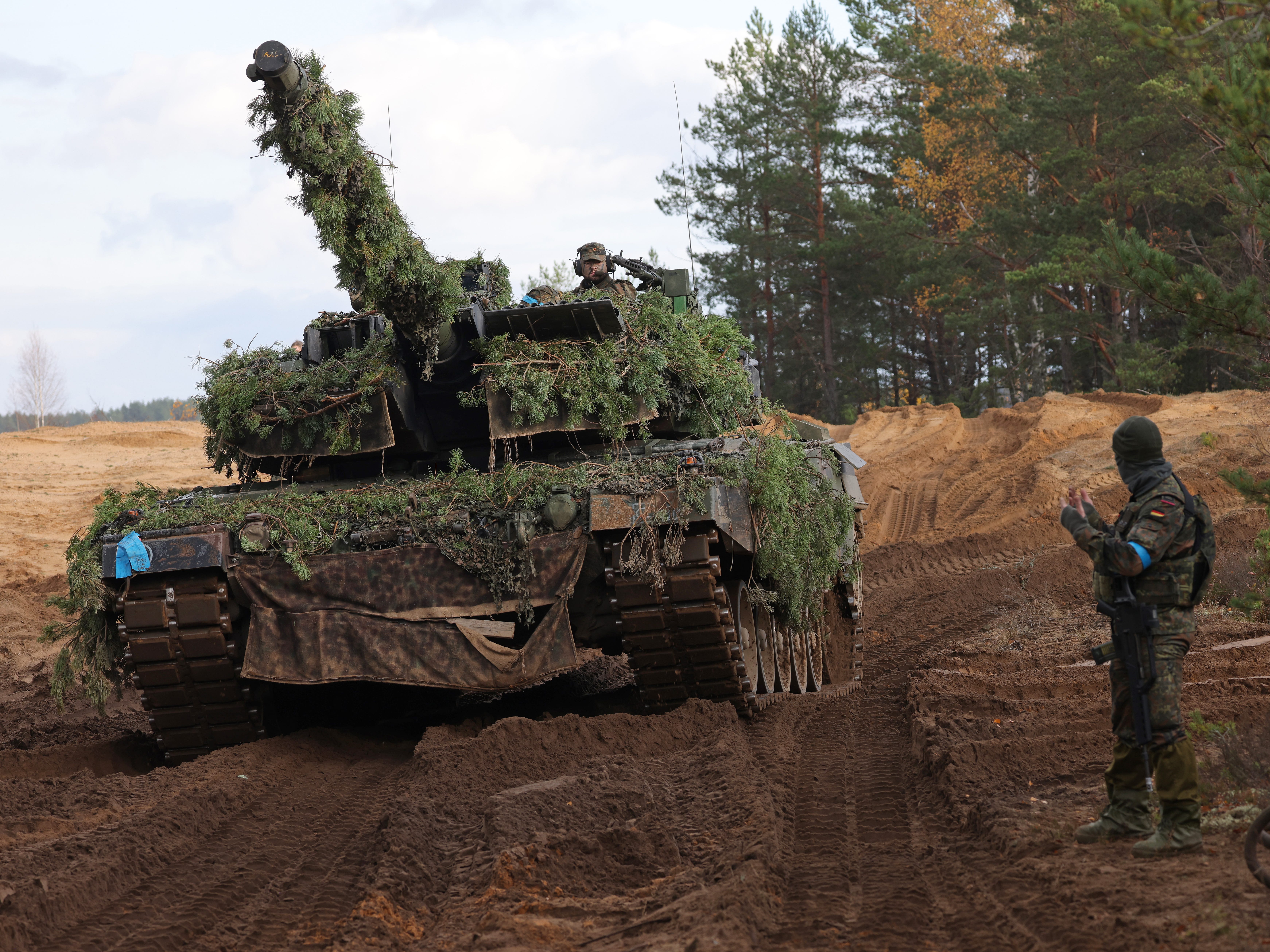 A Leopard 2A6 main battle tank of the Bundeswehr, the German armed forces, participates in the NATO Iron Wolf military exercises on October 26, 2022 in Pabrade, Lithuania.

The Leopard 2 is a German-made main battle tank that was developed in the 1970s that has seen operational experience in Kosovo, Syria, and Afghanistan. The tank, which is shielded by composite armor, as well as ballistic and mine protection, is armed with a 120 mm cannon, a 7.62 mm machine gun, and automatic grenade launchers.

Military experts previously told Insider that these are the right tanks to send to Ukraine at this moment. Available in arsenals across NATO and relatively easier to maintain, these weapons would allow Kyiv’s forces to take advantage of potential offensive breakthroughs by leveraging the firepower, force protection, maneuverability, and shock effect that they bring to the battlefield.

Though no announcement has yet been made, the US is also expected to offer Ukraine its formidable M1 Abrams tanks as well, though this is expected to be longer-term support while the Leopards meet a more immediate need.

The M1 Abrams was first developed in the 1970s and first entered service with the US Army in 1980, but it didn’t see combat experience until the Gulf War in the early 1990s, where it outmatched Soviet-era armor. 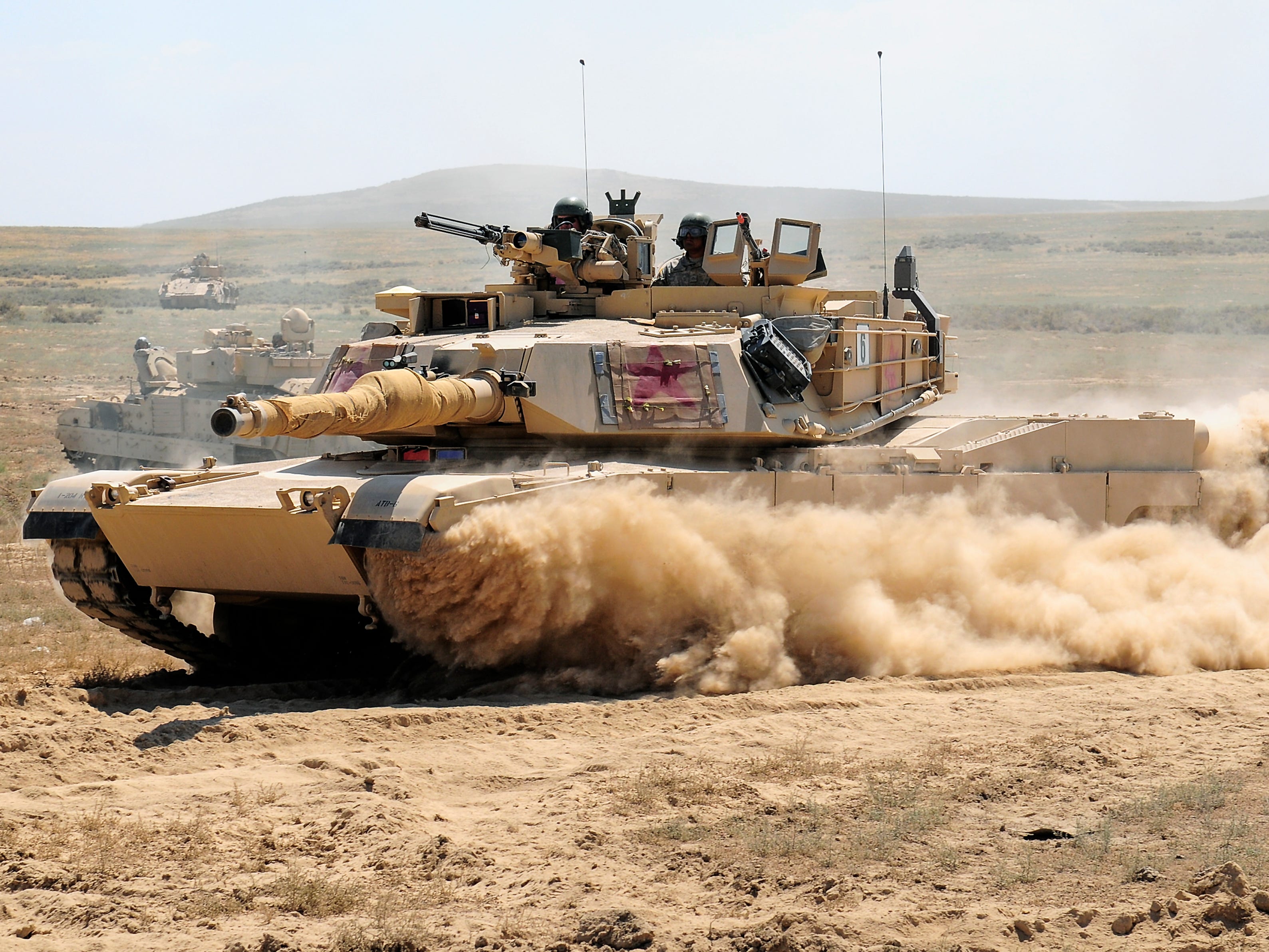 An M1A2 Abrams main battle tank from the Minnesota National Guard races through a breach in a barbed wire obstacle during the 116th exportable Combat Training Exercise at the Orchard Combat Training Center, Idaho.

The heavy tank weighs around 70 tons and can travel at speeds of up to 42 mph, is protected by composite armor improved with depleted uranium meshing, and is armed with a 120 mm main gun, a M2 .50 caliber machine gun, and two M240 7.62 mm machine guns.

The Abrams “is an extremely capable and effective fighting system, but it’s also a very complex system that requires a lot of maintenance, requires a lot of logistic support,” a senior US military official told reporters this week. Setting that capability up won’t be an easy task, experts previously told Insider.

Like Germany, the US has been withholding its tanks, but the Biden administration, according to multiple reports, is expected to reverse course on the matter, likely this week.

Pentagon Press Secretary Air Force Brig. Gen. Pat Ryder said on Tuesday that while Washington continues to assess Ukraine’s “immediate” battlefield needs, it is also holding discussions on what Kyiv needs in the “medium- to long-term.”