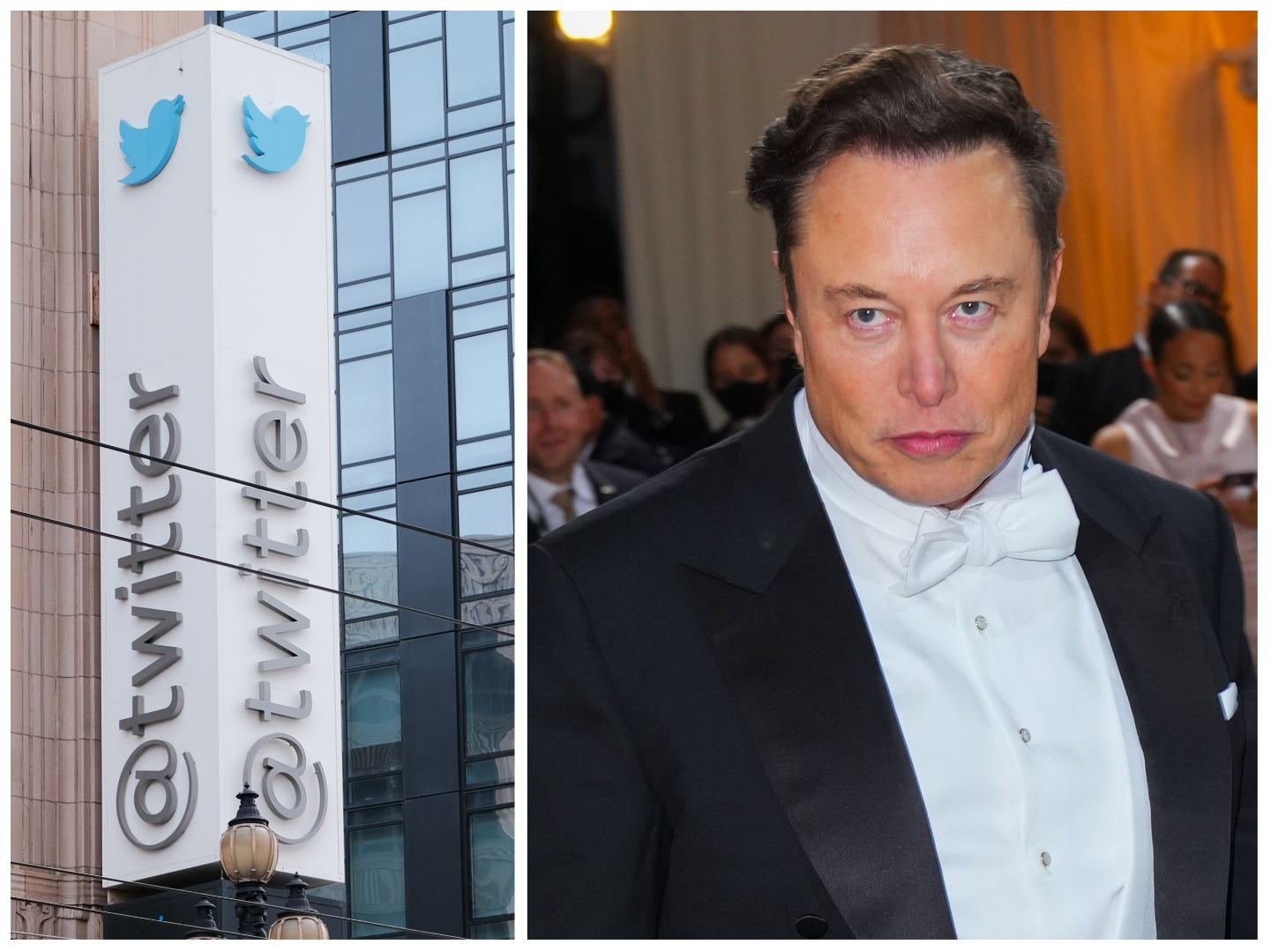 Twitter employees were anxious, panicking and sobbing in the bathroom during Elon Musk’s takeover, over fears about being laid off.

Twitter employees were anxious, panicking, and crying in the bathroom at the company’s office as Elon Musk’s takeover went through amid mounting layoff concerns.

One former Twitter engineer told The Verge that there were people sobbing in the bathroom during a Halloween party at the company’s San Francisco headquarters, on the evening Elon Musk bought the company in a $44 billion deal. The Washington Post previously reported that some employees left the party to cry.

The ex-engineer said colleagues had gathered together at the long-planned Halloween party trying to keep in the festive spirit, but many were concerned about rumors that Musk was planning to lay off 75% of the company.

One unnamed executive cited by The Verge recalled crying about what they feared was the end of Twitter, then immediately someone dressed as Captain Jack Sparrow from “Pirates of the Caribbean.”

Twitter’s then head of product Jay Sullivan broke the news to the former engineer that Musk had completed his acquisition of the company during the party, saying: “It’s done,” per The Verge.

One of Musk’s first moves as Twitter’s CEO was firing a number of top executives, including general counsel Sean Edgett, who The Verge reported was escorted out of Twitter’s headquarters during the Halloween party.

Musk then identified 3,700 people — roughly 50% of the company’s 7,500 employees at the time — to be laid off, in his first week. Managers had been stack ranking employees and compiling lists of workers who should stay or be laid off.

Helen-Sage Lee, a Twitter program manager who was laid off by the company around a week after Musk took control, told Insider that after Musk’s acquisition was first announced in the spring, staff received some communications from leadership, but “there wasn’t a lot of information regarding what the future of our employment would look like.”

Lee said that Twitter had told staff in a November 3 email that information about layoffs would be coming the next day, which “led to a lot of panic within the workforce,” she said.

Just hours after Twitter sent that email to staff, Lee noticed that some of her colleagues’ accounts “started deactivating,” she said.

Lee said that she thought she would be safe from the layoffs, but that she was kicked off Twitter’s work systems on the night of November 3. She called this way of finding out she was being laid off “so undignified.”

Former Twitter workers have banded together since Musk took over, with laid-off workers helping each other find jobs and meeting up to discuss their experiences at the company. Lee said that staff “relied on each other throughout the acquisition.”

“A lot of us really grew closer,” she added.