The Church of England will refuse to allow same-sex couples to get married in its churches under proposals set out on Wednesday in which the centuries-old institution said it would stick to its teaching that marriage is between a man and a woman.

The proposals were developed by bishops, who form one of three parts of Church’s governing body known as the General Synod, after the Church of England’s six-year consultation on sexuality and marriage – among other subjects – and will be put to the General Synod at a meeting next month.

The Church of England, is central to the wider Anglican communion which represents over 85 million people in over 165 countries.

“Same-sex couples would still not be able to get married in a Church of England church,” the statement said, confirming a BBC report overnight that bishops had refused to support a change in teaching to allow priests to marry gay couples.

Uner the proposals, same-sex couples could have a service in which there would be “prayers of dedication, thanksgiving or for God’s blessing on the couple” in church after a civil marriage. Gay marriage was legalised in Britain in 2013.

Still, the prayers would be voluntary for clergy to use and could be used in combinations “reflecting the theological diversity of the Church”, the Church of England said, implying spiritual leaders could choose not to offer such blessings.

“I am under no illusions that what we are proposing today will appear to go too far for some and not nearly far enough for others, but it is my hope that what we have agreed will be received in a spirit of generosity, seeking the common good,” said Justin Welby, the Archbishop of Canterbury.

Separately, Church of England bishops will be issuing an apology later this week to LGBTQI+ people for the “rejection, exclusion and hostility” they have faced in churches, according to the statement.

The Church of England, which was founded in 1534, has been divided for years on how to deal with same-sex marriages, with lesbian, gay, bisexual and transgender (LGBT) activists fighting for the same rights as heterosexual Christians.

Seeking to address the contentious issue, Welby called on the bishops last year to “abound in love for all,” even as he backed the validity of a resolution passed in 1998 that rejected “homosexual practice as incompatible with Scripture.” 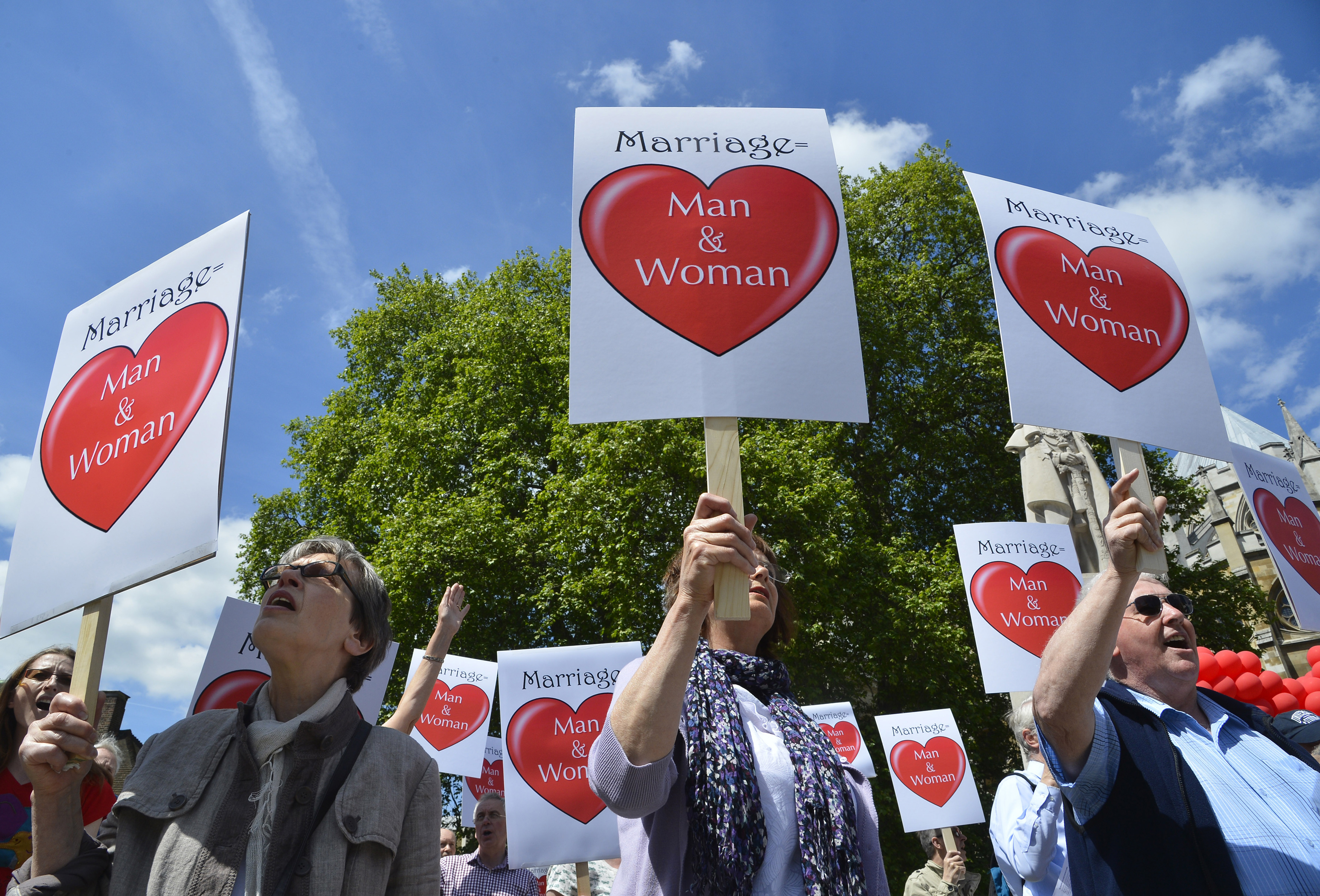 Demonstrators protesting against a gay marriage bill hold placards outside of the Houses of Parliament in London June 3, 2013. REUTERS/Toby Melville/File Photo 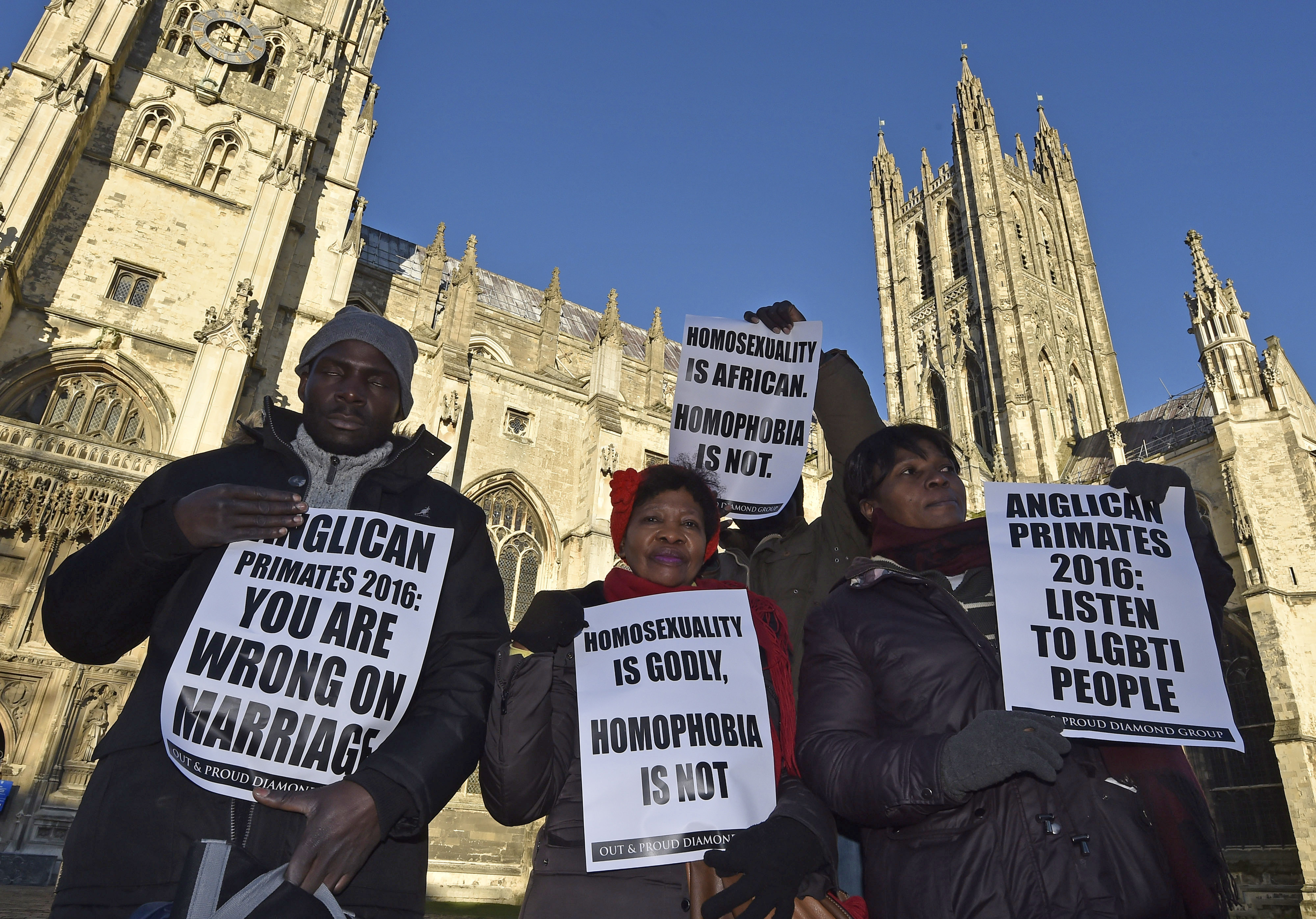