Since she was a little girl, Li Xia’s dream was to move from China and settle in America. On Saturday night, when she heard the gunfire that killed at least 10 people in her newfound home of Monterey Park, California, that dream was shattered.

“In my heart, I always felt the United States was the best country in the world,” Xia, 50, said, just four months after leaving her home in Shenzhen Province to settle in the quiet enclave of Monterey Park close to Los Angeles.

“Now, I am so sad. I can’t believe it. I don’t want to stay here one more day. I don’t feel safe. I want to move back to China,” the retired math teacher said.

Monterey Park is part of a cluster of small cities that sit in the San Gabriel Valley east of Los Angeles, all with a burgeoning Asian American community, mostly from China. The city of 60,000, where around 65% of residents are Asian, is consistently ranked as one of the best and most peaceful places to live in the United States.

The massacre ended what had been the city’s first in-person celebration of the Lunar New Year in three years, since the COVID-19 pandemic began. The three-day event, one of California’s biggest, is now canceled.

The city’s motto is “Pride in the Past, Faith in the Future,” but for many the violence and horror of Saturday night has shaken that faith.

“We are all so sad. We were so excited to celebrate the new year. Now we will just be praying for the victims,” said Muohan Chi, 14. Police say five men and five women were killed, and 10 others injured in the attack.

The Monterey Park community is close knit, city leaders said. On Saturday night, Muohan Chi started receiving hundreds of messages about the massacre in a family and friends chat group on her phone. That included graphic pictures of victims sprawled on the ballroom floor, although Chi said she does not know who took them.

Chester Chong, chairman of the Chinese Chamber of Commerce of Los Angeles, stood close to the ballroom, surrounded by yellow police tape, armed officers and beneath the noise of police helicopters.

“It’s such a beautiful and quiet city,” Chong said. “People here all know each other, help each other. This is terrible.” 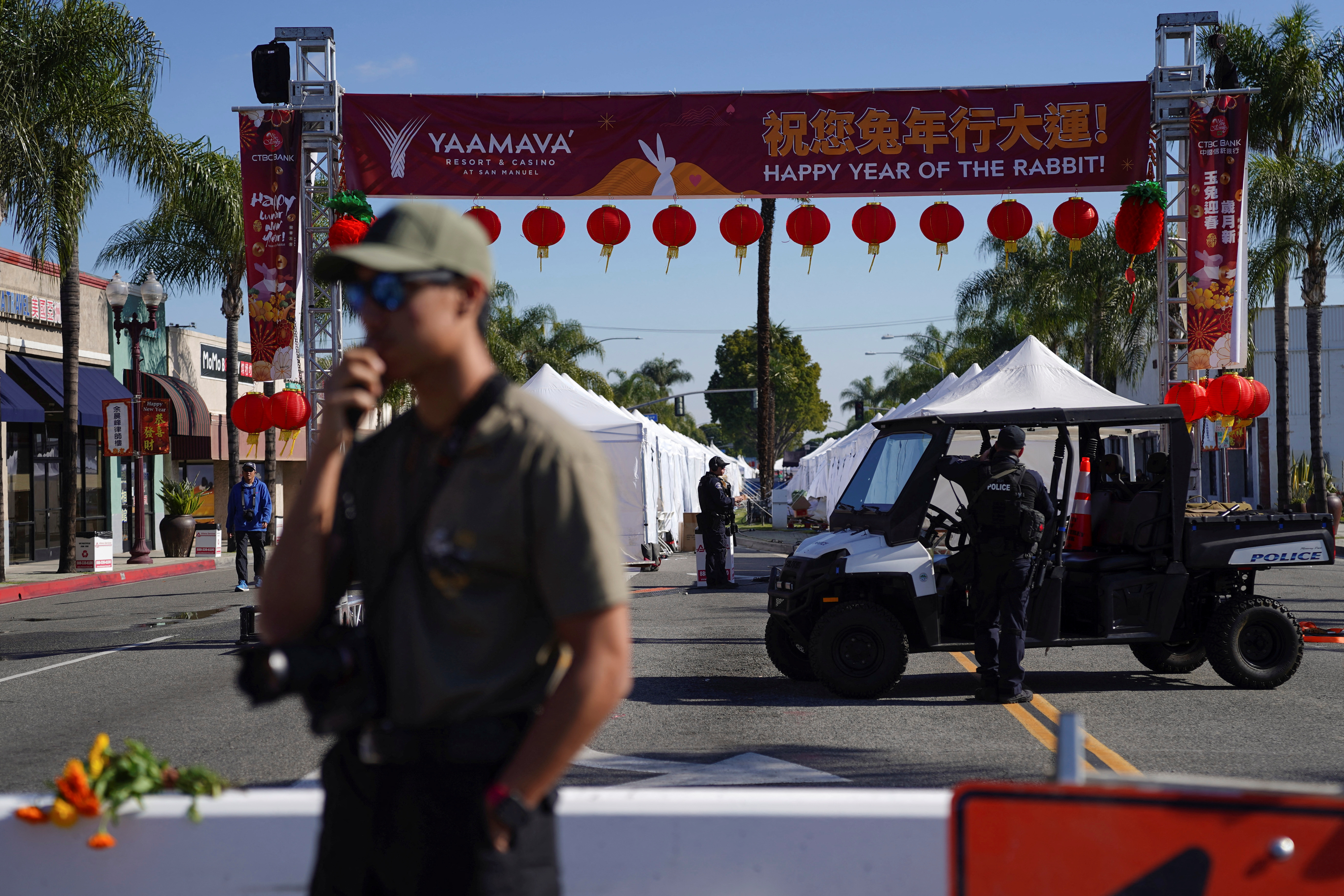 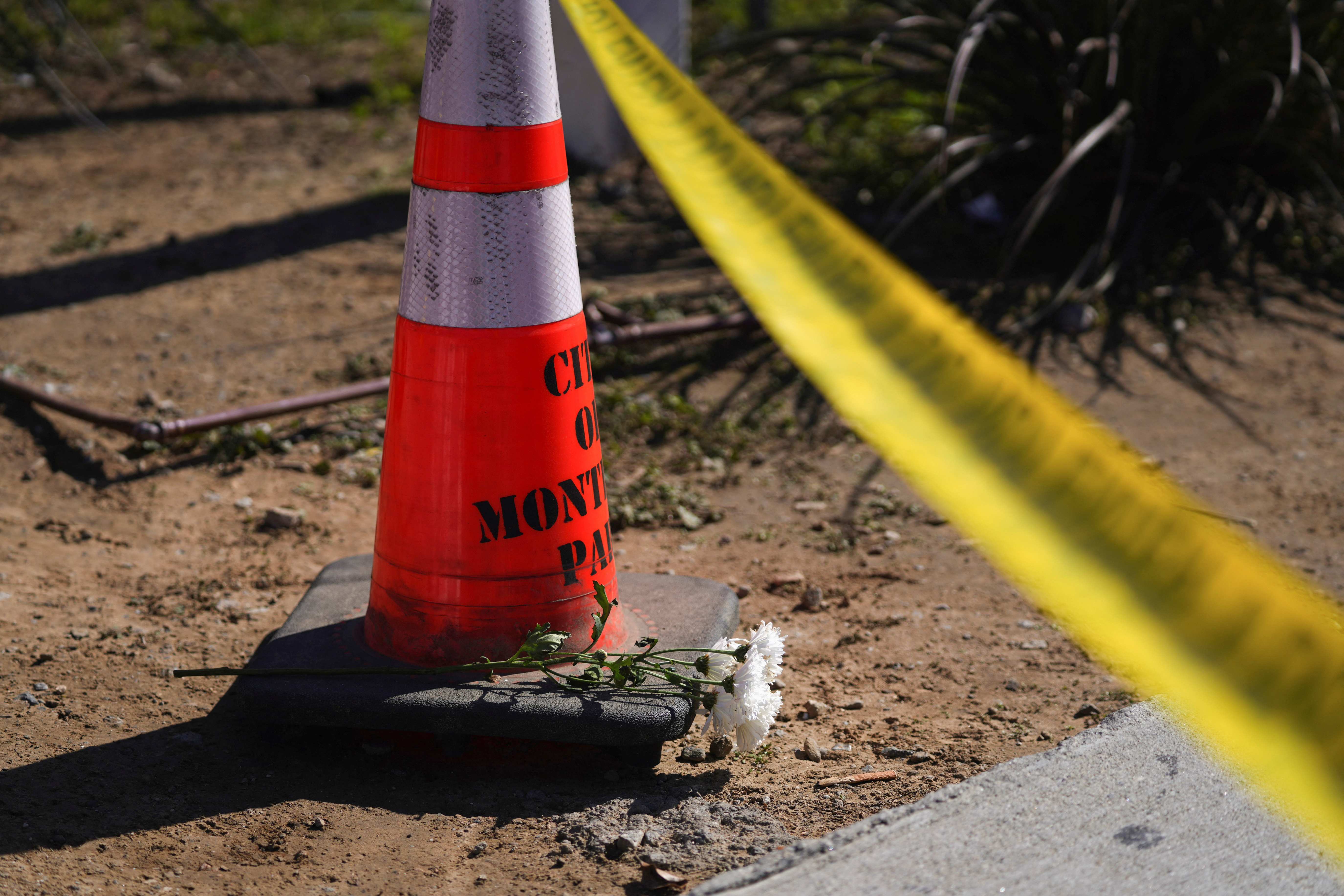 Flowers lay at the scene of a shooting that took place during a Chinese Lunar New Year celebration, in Monterey Park, California, U.S. January 22, 2023. REUTERS/Allison Dinner 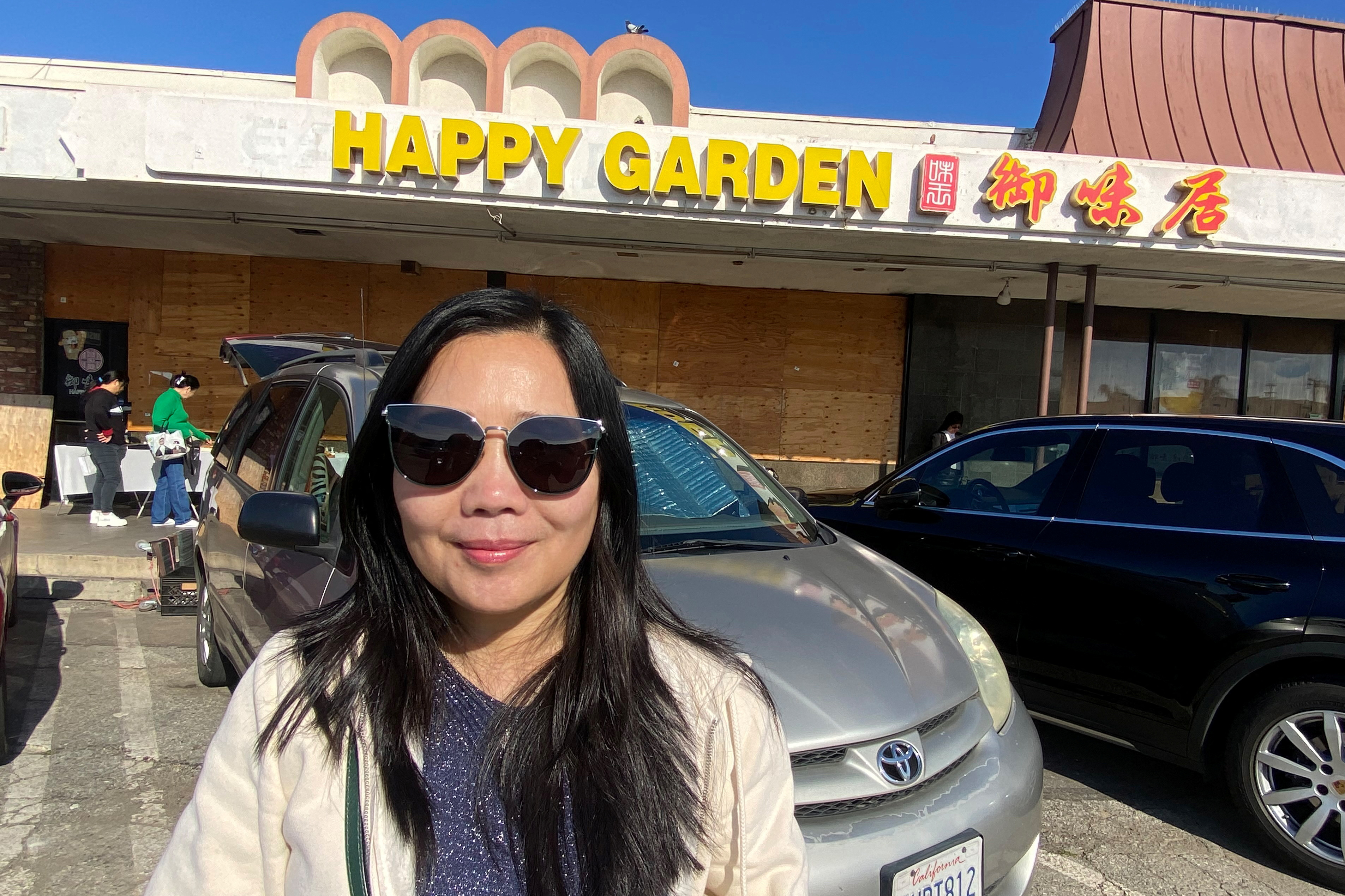 Li Xia, 50, who moved from her home in China four months ago to fulfil a childhood dream of living in the United States, poses in to Monterey Park, California, U.S. January 22, 2023. After Saturday’s gun massacre in the city, she says she now wants to move back to China. REUTERS/Tim Reid