Listen to this article
2023-01-23T22:22:32Z
Brandon Tsay describes the moment he realized he had to disarm a gunman at the Lai Lai Ballroom, his family-run dance hall, in Alhambra, California, on Saturday (January 21) night and the “struggle” between them that came afterwards. 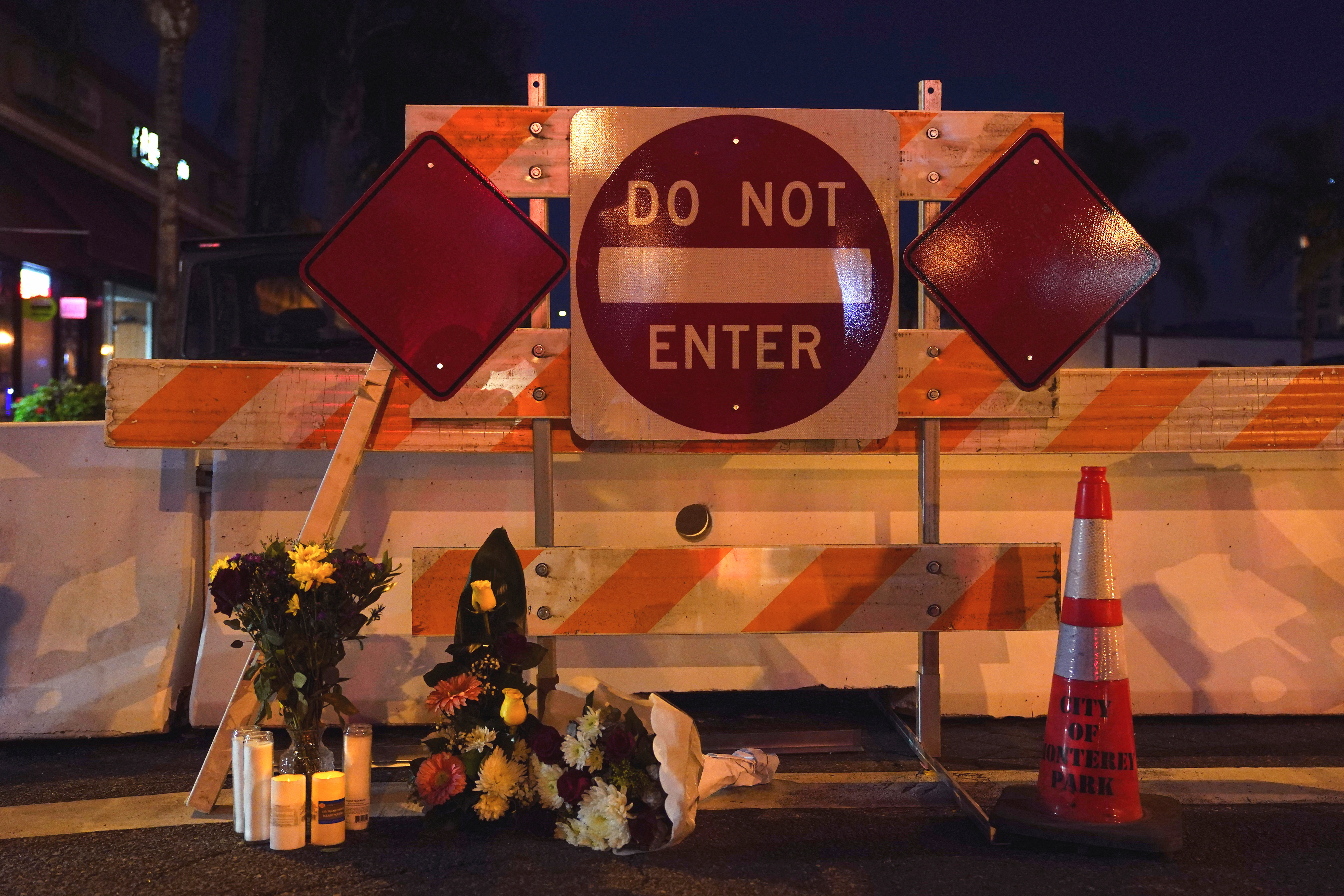 Flowers are left near the scene of a shooting that took place during a Chinese Lunar New Year celebration, in Monterey Park, California, U.S. January 22, 2023. REUTERS/Allison Dinner

The 72-year-old suspected gunman in Saturday night’s mass shooting at a Los Angeles-area dance studio had been a regular there, giving informal lessons and even meeting his ex-wife at the venue, according to friends and media reports.

Authorities say Huu Can Tran opened fire during a celebration of the Lunar New Year at the Star Ballroom Dance Studio, popular in the predominantly Asian American city of Monterey Park, east of Los Angeles. The death toll rose to 11 on Monday.

Tran went to another dance club in the neighboring city of Alhambra soon after the massacre, police say, but a patron there wrestled away his gun, possibly thwarting a second attack. Later, Tran died from a self-inflicted gunshot wound on Sunday as police approached a van he was driving.

It is exceedingly rare for a person over 70 to carry out a mass shooting. While authorities have not identified a motive, some details have emerged about Tran’s background.

Adam Hood, who said he has been a tenant for years in a property Tran owned and spoke to him frequently, told Reuters Tran was an angry, aggressive, distrustful person who did not have many friends but liked ballroom dancing, his main social activity.

“He was a good dancer,” said Hood, who met Tran in the early 2000s and said they bonded over their shared experience as Chinese immigrants. “But he was distrustful of the people at the studio, angry and distrustful. I think he just had enough.”

Tran complained that people at the studio were talking behind his back, Hood said.

CNN reported, citing an unnamed friend, that Tran complained the dance instructors said “evil things about him” and that Tran was “hostile” to a lot of people at the studio.

On Jan. 7 and Jan. 9, Tran visited the police department in Hemet, where he lived about 90 minutes from Monterey Park, to make “past fraud, theft and poisoning allegations involving his family” stemming from 10 to 20 years ago, according to a statement from the department on Monday.

He said he would come back with documentation but never returned, the statement said. A department spokesperson said police are not releasing more details about his claims at this time.

Police in Monterey Park had no prior interactions with Tran, Chief Scott Wiese said at a news conference on Monday.

Tran had an active trucking license and previously owned a company called Tran’s Trucking starting in 2002. He lived in San Gabriel, near Monterey Park, from the early 1990s until around 2014, records show.

Tran moved in 2020 to a mobile home in a private, gated senior living community with a nine-hole golf course in Hemet.

He met his ex-wife at the studio about two decades ago, she told CNN in an interview. Tran introduced himself to her and offered her free lessons.

While Tran was never violent, he was quick to anger, for instance if she missed a step while dancing, she told CNN. They divorced in 2005.

Efforts to interview the ex-wife at a house listed in records as her residence were unsuccessful on Monday. Tran never remarried and did not have a girlfriend, according to Hood, his tenant.

A database of 185 mass shootings between 1966 and 2022 maintained by The Violence Project, a nonprofit, includes only one carried out by someone 70 or older: a retired miner who killed five people in a store in Allen, Kentucky in 1981.