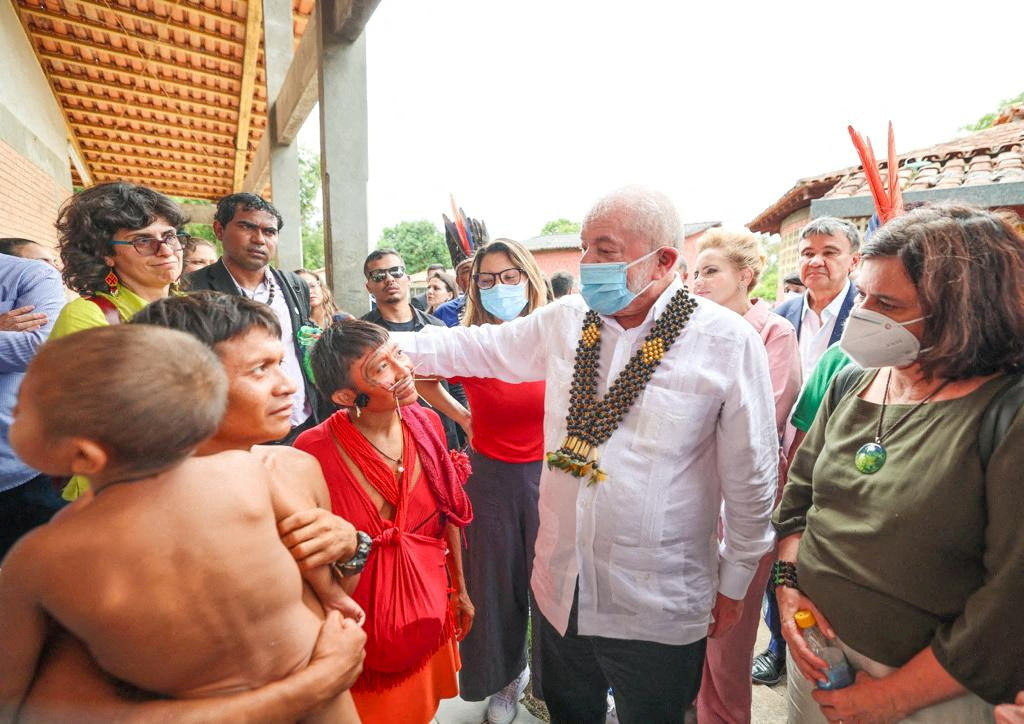 Brazil’s ministry of health has declared a medical emergency in the Yanomami territory, the country’s largest indigenous reservation bordering Venezuela, following reports of children dying of malnutrition and other diseases caused by illegal gold mining.

A decree published on Friday by the incoming government of President Luiz Inacio Lula da Silva said the aim of the declaration was to restore health services to the Yanomami people that had been dismantled by his far-right predecessor Jair Bolsonaro.

Lula visited a Yanomami health center in Boa Vista in Roraima state on Saturday following the publication of photos showing children and elderly men and women so thin their ribs were visible.

“More than a humanitarian crisis, what I saw in Roraima was genocide: a premeditated crime against the Yanomami, committed by a government insensitive to suffering,” Lula said on Twitter.

The government announced food packages that will be flown to the reservation where some 26,000 Yanomamis live in a region of rainforest and tropical savanna the size of Portugal.

The reservation has been invaded by illegal gold miners for decades, but the incursions multiplied since Bolsonaro won office in 2018 promising to allow mining on previously protected lands and offering to legalize wildcat mining.

There are also signs that organized crime has become involved. In recent violent incidents, men on speed boats on the rivers have shot with automatic weapons at indigenous villages whose communities oppose the entry of gold miners.

Some gold miners have begun to leave, fearing enforcement operations by the Lula government, and appear to be heading across the border into neighboring Guyana and Suriname, said Estevao Senra, a researcher at Instituto Socioambiental, an NGO that defends indigenous rights.

Lula said the new government will put an end to illegal gold mining as it moves to crack down on illegal deforestation in the Amazon, which surged to a 15-year high under Bolsonaro.

“We must hold the previous government accountable for allowing this situation to get worse to the point where we find adults weighing like children, and children reduced to skin and bones,” said Sonia Guajajara, the first indigenous woman to be a cabinet minister, heading a new Ministry of Indigenous Affairs.