News accounts from the 1960s described Mr. Blake as a “Super Spy,” and perhaps one secret to his successful treachery was that he hid in plain sight. As one of his friends, a Salvation Army executive, told a reporter at the time, Mr. Blake resembled “a typically blasé bowler-hatted, rolled umbrella government official.”

In fact, he was the last high-profile survivor of a string of British turncoats who spied for Russia during the 1950s and 1960s, a badge of dishonor that included the Cambridge Four: Anthony Blunt, Guy Burgess, Donald Maclean and Kim Philby.

Dick White, a former chief of British intelligence, once said Mr. Blake wrought the most damage. The information he turned over reputedly led to the deaths of scores of highly placed Western agents, including Robert Bialek, a top-ranking East German police official.

He also betrayed to his Soviet handlers a joint mission between British and U.S. intelligence known as Operation Gold. The goal was to dig a tunnel underneath East Berlin to tap Soviet phone lines in the early 1950s. Mr. Blake sabotaged the multimillion-dollar operation before a shovel had ever struck German soil.

“There was not an official document on any matter to which I had access which was not passed on to my Soviet contact,” Mr. Blake confessed at his closed-door trial in 1961, news accounts reported at the time. According to a CIA report, Mr. Blake passed more than 4,720 pages of classified documents to the Soviets.

Mr. Blake spent nearly a decade leading a double life before he was arrested, tried and sentenced to 42 years in prison for espionage. At his trial, the presiding judge, Lord Chief Justice Hubert Parker, said that Mr. Blake had “rendered much of [Britain’s intelligence] best efforts useless.”

Five years into his term, Mr. Blake escaped in the middle of the night using a ladder made of knitting needles and rope. He was smuggled into East Berlin while hidden inside a secret compartment of a camper van and later traveled to Russia.

In his adopted motherland, Mr. Blake was bestowed with the Order of Lenin, the highest civilian award in Soviet Russia. A countryside dacha, a Volga car and a pension, along with his ribbons for courage and dedication to the Communist cause, were the trappings Mr. Blake earned for his 9 ½ years of service to the KGB.

“It is hard to overrate the importance of the information received through Blake,” Sergei Ivanov, an official for the Russian Foreign Intelligence Service, told Russian media in 2007. “It is thanks to Blake that the Soviet Union avoided very serious military and political damage which the United States and Great Britain could have inflicted on it.”
…

» “murder puerto rico” – Google News: Will ‘Death on the Nile’ Sink Amid Armie Hammer Fan Backlash? – Inside the Magic

» Has trust in journalists, government leaders hit an all-time low? | The Bottom Line

» Why banning ‘harmful’ online speech is a slippery slope – The Week 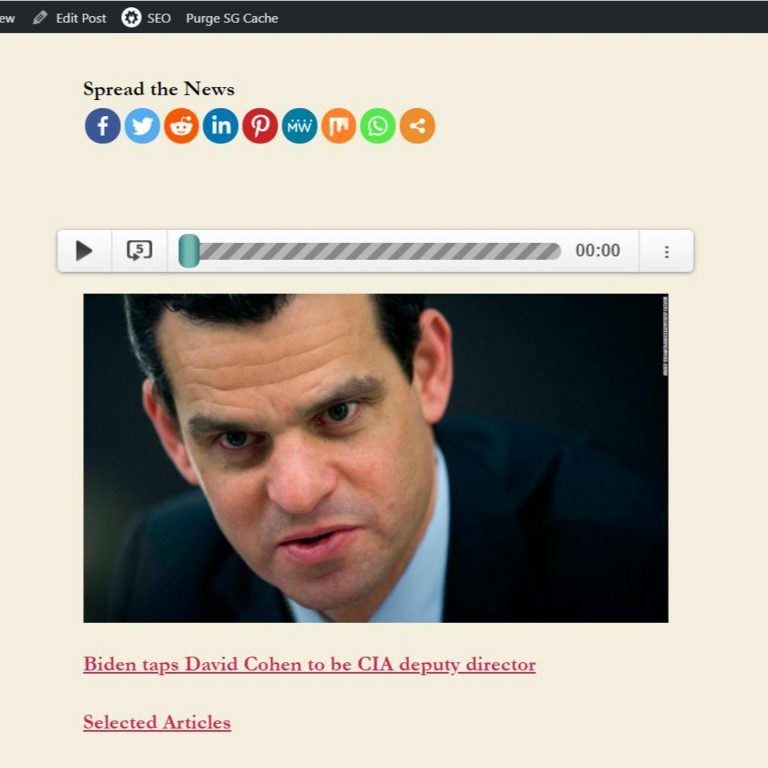