After being in theaters for just over a month, Avatar: The Way of Water—the long-awaited sequel to James Cameron’s 2009 hit—has officially grossed over $2.024 billion. It took over Spider-Man: No Way Home’s spot as the sixth highest-grossing movie of all time last week; to move up to the No. 5 spot, currently held by Avengers: Infinity War, it needs to make over $2.05 billion. Now it has become the first ever pandemic-era movie to hit the $2 billion mark and Cameron’s third movie to gross that much in box office receipts. He’s the only director in history to have three movies gross over $2 billion.

After 13 years in the making, all eyes were on the Avatar sequel to see if it would make its budget back and turn a profit for Disney. (Disney spent a reported $460 million to create and promote the movie, according to Variety.) Since the beginning of the COVID-19 pandemic, the box office has experienced major struggles, causing widespread concern and even bankruptcies in the theater industry. Then last year’s Top Gun: Maverick seemed to re-energize moviegoers, proving that the theater industry was far from dead. The Tom Cruise-led film grossed over $1.489 billion in 2022 and seemed to be the uncontested, almost sole reason for movie-going’s resurgence—that was, until Avatar: The Way of Water swept in to make $1.5 billion at the end of 2022 and take its spot as the highest grossing movie of last year.

Now, as the movie reaches yet another milestone, the question becomes: How much money can it make before it loses steam? Here’s a breakdown of how and where the movie made its money, where it falls in the all-time box office, and how it speaks, yet again, to Cameron’s ability to make a riveting sequel that gets people back in theaters.

Read more: Avatar: The Way of Water Will Shape the Moviegoing Experience—Maybe Not for the Better

Why the magic number was $2 billion 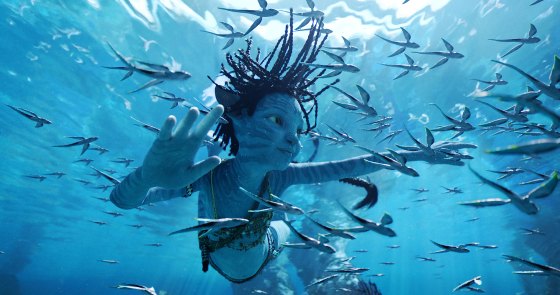 Two billion dollars was the number Cameron put forward during an interview with GQ late last year. When discussing the monster budget for the movie, he said to break even, the movie needed to “be the third or fourth highest-grossing film in history,” which would put it in the $2 billion range. Not an easy feat, but with the original Avatar—the top-grossing movie of all time—grossing just shy of $3 billion and Cameron’s Titanic, two spots behind it, making $2.2 billion, it didn’t seem out of reach for the director to reach that ambitious threshold.

Where did Avatar 2 make the most money?

The excitement surrounding the Avatar sequel still seems to be going strong, as the movie soared into 2023 at top of the global box office. As of Sunday, the domestic box office accounts for $598 million, while the movie has amassed over $1.42 billion at the international box office. According to Variety, the movie is not playing in Russia, where the first Avatar movie made over $100 million. Outside of the U.S., The Way of Water is performing best in China, where it grossed $229.7 million; France ($129.8 million); Germany ($117 million); South Korea ($96.9 million); and the United Kingdom ($81.9 million).

Read more: How Much Avatar: The Way of Water Cost—And How Much It Needs to Make

What got people back into theaters 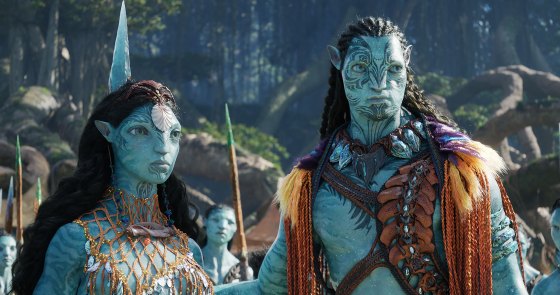 It’s been 13 years since the first Avatar was released, leaving audiences to wonder if the second movie would justify its long road to theaters. That curiosity played into the success of the sequel, in addition to excitement over the advanced motion capturing Cameron used. The revolutionary technology had been used in the first movie, and because the second movie focused on characters that resided in and near the water, the technology had to be adapted to be used underwater—a major factor in delays.

Success following opening weekend was bolstered by largely positive reviews (77% from critics on Rotten Tomatoes, 92% from audiences), even if the reviews praised the film’s visuals over its plot. During its opening weekend, a large percentage of people viewed the movie in 3D. According to CNBC, 61% of the tickets sold on the Thursday night viewing were 3D in the U.S., and that number was even higher in Europe, at 71% for 3D and premium showings.

Although sequels are not always popular, Cameron has been successful at getting people back into the theaters and has a knack for judging audience demand for a sequel. He sensed that the massive success of Titanic was a one-movie deal, but Terminator’s sequel was nearly as successful as the original film. He has already announced that Avatar 3 is in the can (it was filmed at the same time as The Way of Water) and that he has four more installments ready to be made. The judgment call to release the third movie depended on the success of the second movie, which seems to show there is still plenty of interest in the world of the Na’vi and Pandora.