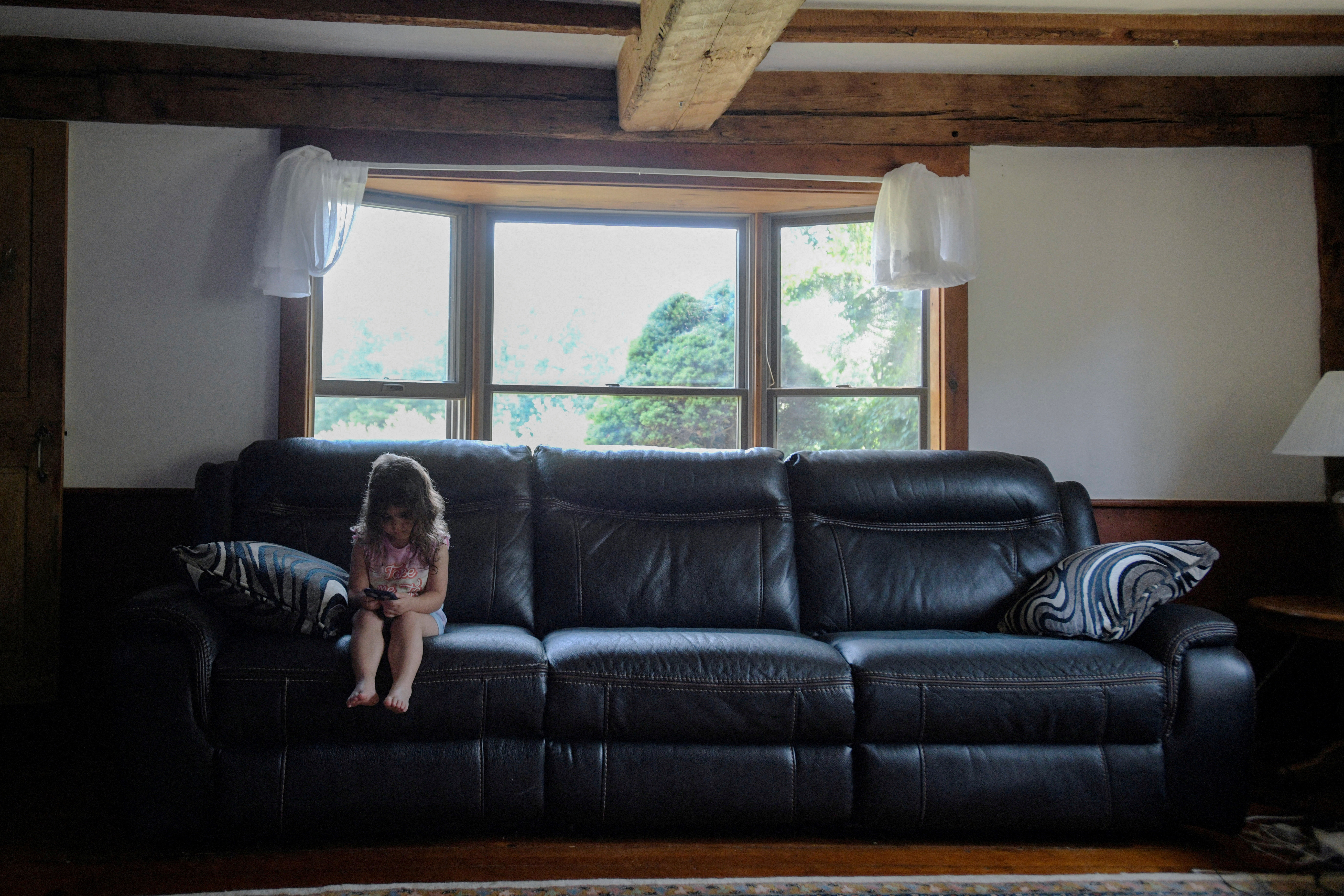 Three year-old Hasnet Walizada, whose family escaped from Afghanistan, watches videos on a mobile phone at their home in Epping, New Hampshire, U.S. July 28, 2022. Mohammad and Miriam Walizada and their family fled Afghanistan in August 2021 and are settling in the United States with the help of the Sponsor Circle program. REUTERS/Faith Ninivaggi/File Photo

Groups of Americans will be able to directly sponsor refugees for resettlement in the United States under a new program launching on Thursday, three people familiar with the matter told Reuters, a step that could bolster admissions and reduce government costs.

Under the pilot program, which will be called the Welcome Corps, groups of at least five people will be expected to raise a minimum of $2,275 per refugee assigned to them by the government, one of the people said. The sponsor groups will also be required to pass background checks and create a support plan.

The individual sponsorship program for refugees – similar to a model used in Canada – is part of a broader effort by U.S. President Joe Biden, a Democrat, to provide opportunities for Americans to support foreigners seeking protection.

Earlier this month, Biden rolled out a humanitarian entry program that allows up to 30,000 migrants per month from Cuba, Haiti, Nicaragua and Venezuela to enter via “parole” if they have U.S. sponsors and travel by air. The administration also used parole to admit Afghans and Ukrainians and piloted sponsor programs to support them in the United States.

The U.S. State Department did not immediately respond to a request for comment.

The Welcome Corps program will bring in refugees through the U.S. Refugee Resettlement Program, which takes referrals from the United Nations and U.S. embassies. Biden set a cap of 125,000 refugee admissions this fiscal year, which began on Oct. 1, 2022, but only 6,750 arrived from October-December, according to program data.

The United States greatly curtailed refugee entries under Republican former President Donald Trump, who portrayed them as a security threat. Admissions have yet to rebound to pre-Trump levels.

Sasha Chanoff, founder of RefugePoint, which identifies people in need of resettlement, said the sponsorships could be one of the most significant developments for the U.S. refugee program since it began in 1980.

“It invites Americans to get involved in new ways,” he said.