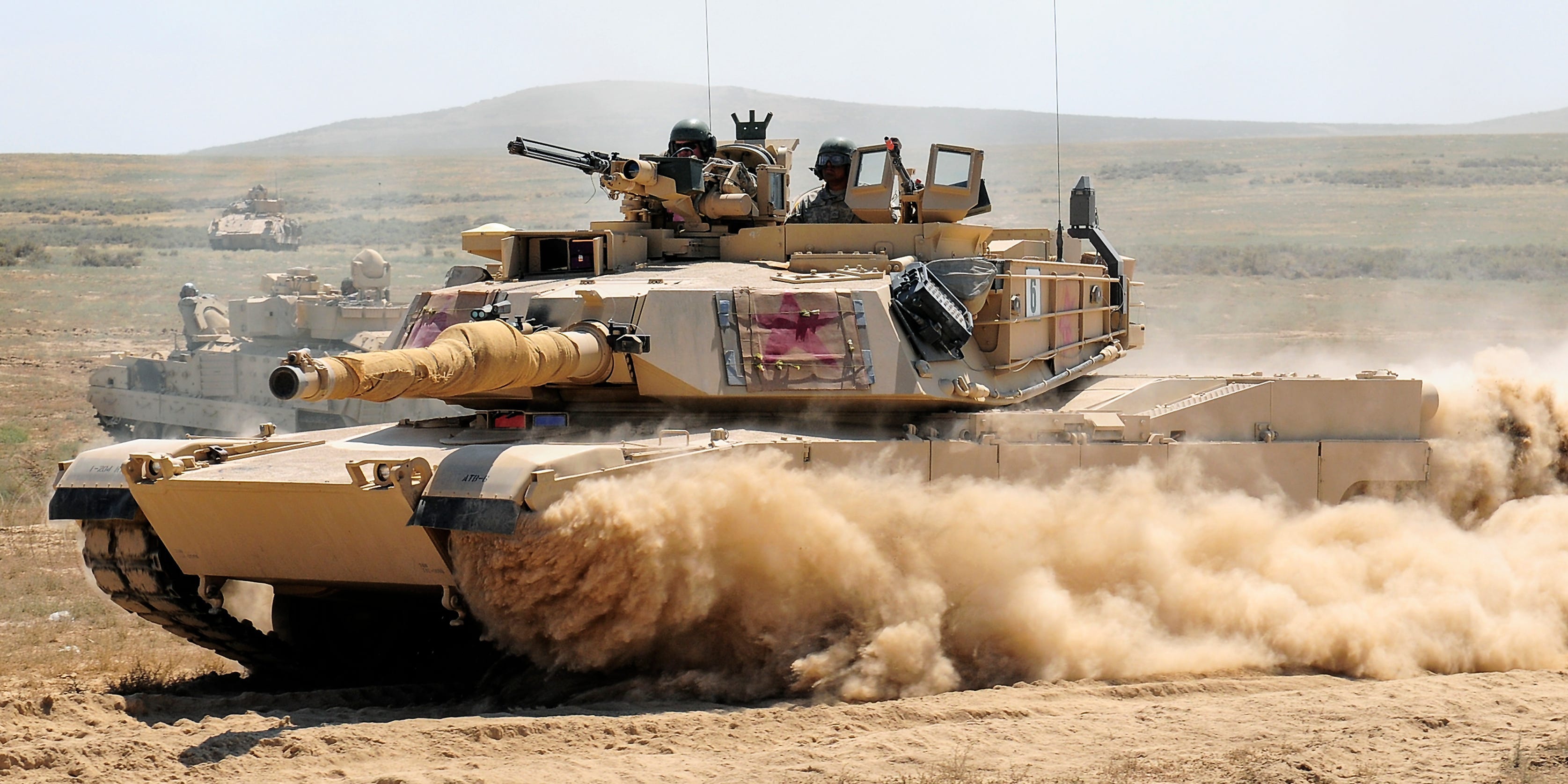 An M1A2 Abrams main battle tank from the Minnesota National Guard races through a breach in a barbed wire obstacle during the 116th eXportable Combat Training Exercise at the Orchard Combat Training Center, Idaho.

The US has guaranteed Ukraine tens of billions of dollars in military aid, including just about everything from artillery to armored vehicles, but the powerful M1 Abrams tanks have been left out of the aid packages, despite Kyiv’s requests for tanks.

“I just don’t think we’re there yet,” Colin Kahl, undersecretary for defense policy, said this week, “The Abrams tank is a very complicated piece of equipment,” he argued. “It’s expensive. It’s hard to train on. It has a jet engine.”

Deputy Pentagon Press Secretary Sabrina Singh said that given the cost to maintain the Abrams,  it “just doesn’t make sense to provide that to the Ukrainians at this moment,” arguing that the British Challenger tanks and German Leopard tanks were better alternatives.

The UK has already offered to send Kyiv some of its Challenger 2 tanks, but Germany has opposed calls to send Leopard tanks to Ukraine or allow others to do so. Defense ministers discussed the tank issue Friday, but there was no movement on either the German or American tanks.

This is the M1 Abrams Kyiv wants but so far has been unable to get its hands on. 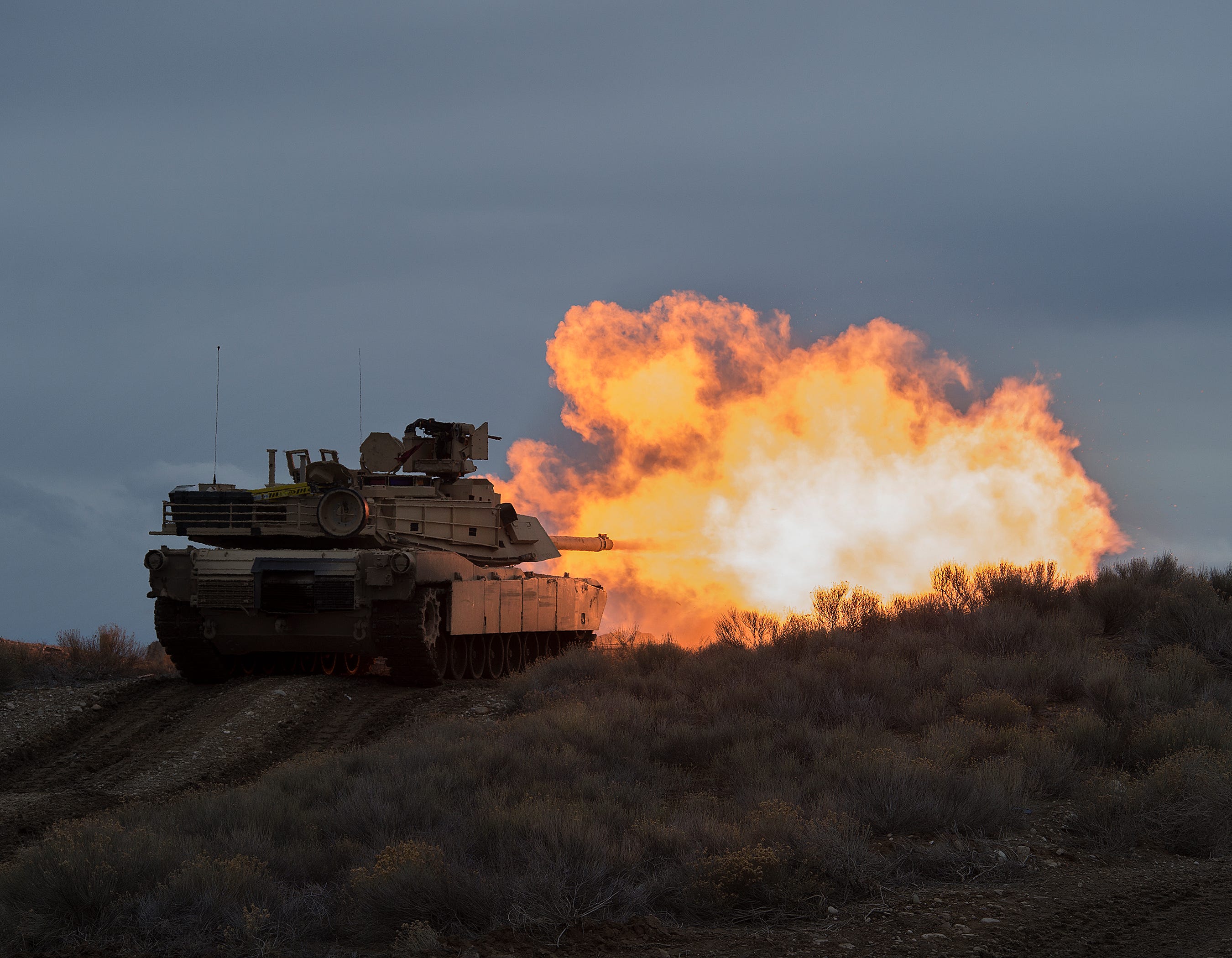 Though Ukraine’s defense ministry humorously suggested renaming the Abrams a “recreational utility vehicle” to alleviate any potential US concerns about sending tanks, this heavy tracked vehicle, the main US battle tank, isn’t on its way to Ukraine.

The M1 Abrams tank, a heavy armor product of what is now General Dynamics Land Systems but was Chrysler Defense, was developed in the 1970s as a replacement for the Army’s older M60 tanks. It first entered service in 1980, but it didn’t see combat until the Gulf War in the early 1990s.

Just over 2,000 Abrams tanks were deployed with combat units during the war, and only 23 were damaged or destroyed. Of the nine that were destroyed, none were lost as a result of enemy action.

A Government Accountability Office report on the performance of the Abrams tanks and Bradley infantry fighting vehicles in that conflict said that Abrams crews reported taking direct frontal hits from Soviet-era T-72s and sustaining only minor damage.

In the aftermath of the Gulf War, the US military developed the M1A2 Abrams, which has steadily been upgraded over the past two decades. The Abrams tank also saw extensive combat early in the Iraq War and was used to some extent in Afghanistan. 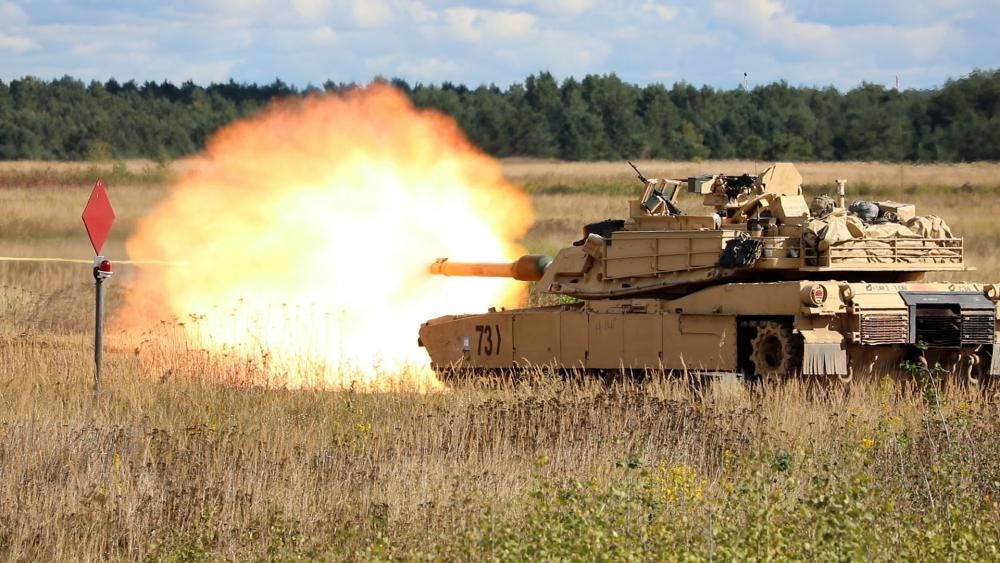 Crewed by a team of four soldiers, specifically the gunner, loader, driver, and commander, the Abrams can deliver the mobility, firepower, and, perhaps most importantly, shock effect needed to exploit weak points in enemy lines and pursue offensive breakthroughs.

When engaging the enemy, the Abrams is protected by Chobham composite armor improved with depleted uranium meshing. Its protection can be upgraded with explosive reactive armor blocks.

General Dynamics Land Systems is currently in the process of developing the next-generation Abrams, the so-called Abrams X main battle tank, which will rely on a smaller crew supported by artificial intelligence to deliver increased combat capability with better fuel efficiency. 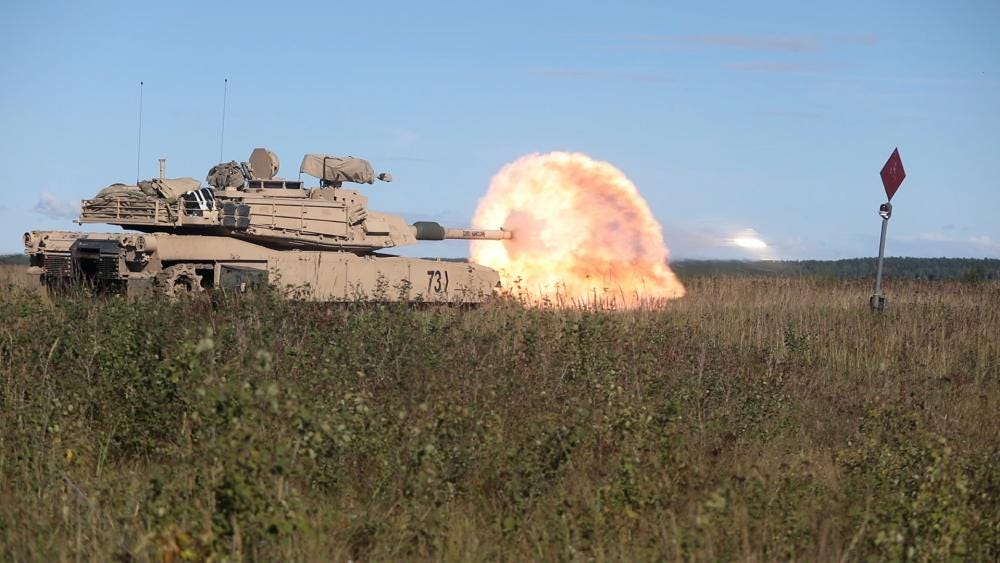 Multiple partner countries have in recent weeks offered to send armored vehicles to Ukraine. The US, Germany, France, and Sweden have promised infantry fighting vehicles, while the UK has said it will send its Challenger tanks, but leadership in Kyiv says that is not enough as Ukraine receives praise for its successes thus far in its fight against Russia.

Ukrainian President Volodymr Zelenskyy said this week at Ramstein Air Base that “hundreds of thank yous are not hundreds of tanks.”

Jeffrey Edmonds, a Russia expert at the Center for Naval Analyses and former US Army armor officer, says the US should do what it needs to do to get Abrams tanks to Ukraine, but he acknowledged that there are hurdles that make it a challenge.

“The maintenance problem, with all it’s components, that is the real challenge,” Edmonds said, pointing to the thousands of tiny parts, some of which are essential to keeping the vehicle running properly, that Ukraine has to be able to get its hands on and use in the field. 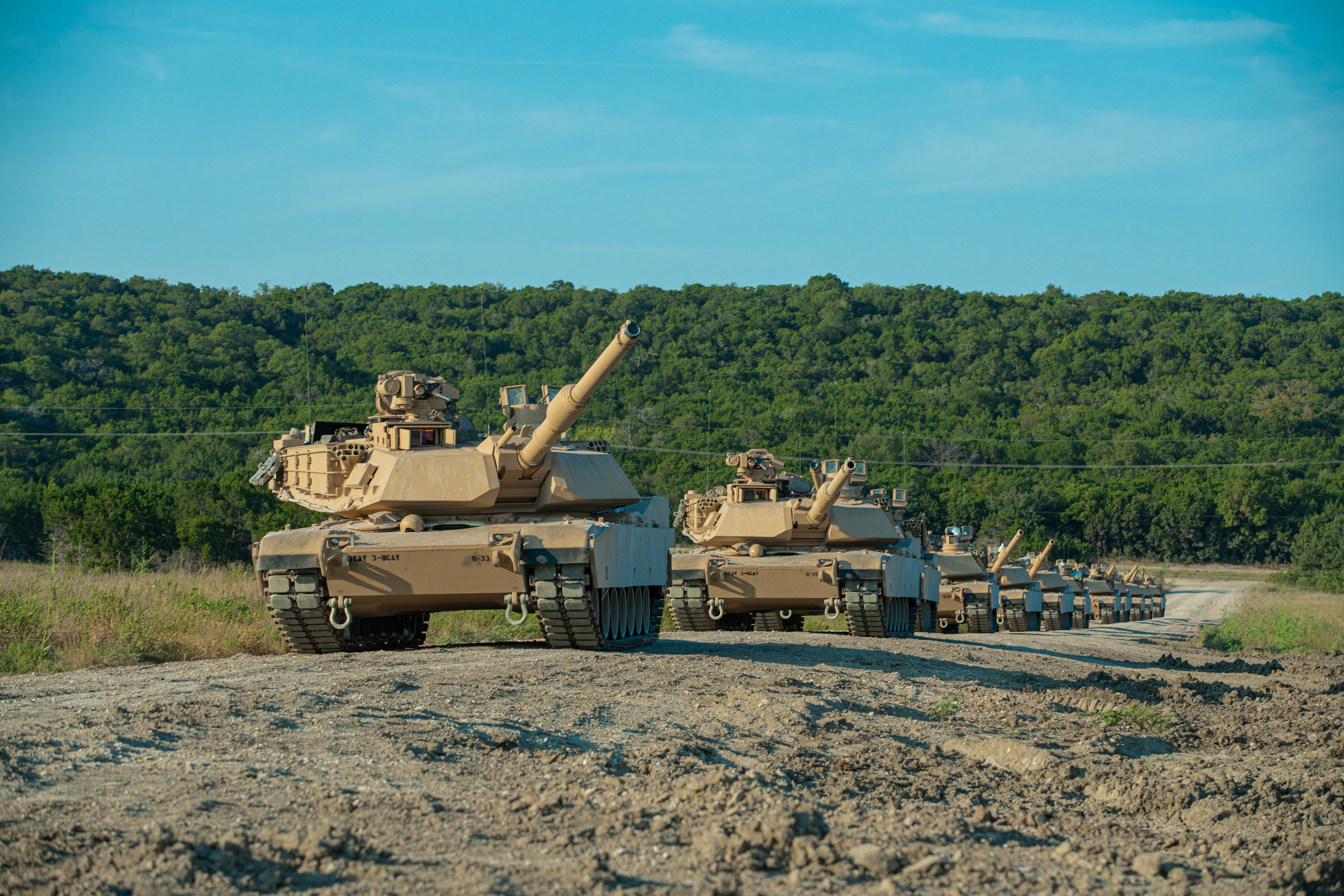 “The other thing that people don’t really talk about is how well the crews will be trained and how well they use the tanks,” he said, noting that “fighting in a tank is kind of an art.”

But if Ukraine can maintain and operate them properly, “they’re great for the Ukrainian force,” Edmonds said, explaining that “the whole reason tanks were created was to make a static situation fluid.”

The situation along the front lines in Ukraine is brutal, with battles turning into grinding exchanges of artillery with minimal gains on either side.

Powerful modern tanks like the Abrams, Leopards, and Challengers the Ukrainians have sought, along with all the other armor and weaponry heading that way, could be just what Kyiv needs to fuel an offensive and break through Russian lines, but for now the Abrams is off the table.