A New Mexico prosecutor on Thursday charged actor Alec Baldwin and others in a 2021 accidental shooting on a New Mexico movie set that killed cinematographer Halyna Hutchins and wounded director Joel Souza. Key events leading to Thursday’s announcement of charges:

Oct. 21, 2021 – A gun is fired as Alec Baldwin was rehearsing with it on the set of his movie “Rust” at Bonanza Creek Ranch outside Santa Fe, New Mexico. One bullet hits Hutchins’s chest and Souza’s shoulder. According to a police report, David Halls, the assistant director who handed the gun to Baldwin, did not know it contained live rounds. Halls signed a plea agreement for the charge of negligent use of a deadly weapon, the prosecutor Mary Carmack-Altwies said in a statement. Set armorer Hannah Gutierrez Reed, who had handled the gun before Halls, also was charged with involuntary manslaughter.

Dec. 1, 2021 – “I didn’t pull the trigger,” Baldwin tells ABC News journalist George Stephanopoulos, according to an excerpt released from the actor’s first full interview about the shooting.

Jan. 12, 2022 – Gutierrez Reed in a lawsuit accuses prop provider Seth Kenney and his company, PDQ Arm and Prop LLC, of delivering live ammunition to the set.

Feb. 15, 2022 – Family of Halyna Hutchins files a wrongful death lawsuit against Baldwin and others responsible for set safety. In addition to playing the lead role, Baldwin served as a producer of the film.

Sept. 27, 2022 – A New Mexico prosecutor says Baldwin is among up to four people who may face charges.

Oct. 5, 2022 – Baldwin and other producers reach a settlement in the wrongful death lawsuit brought by the Hutchins family; production on the film scheduled to resume in January with Matthew Hutchins serving as executive producer. The production company says later filming will not return to New Mexico. 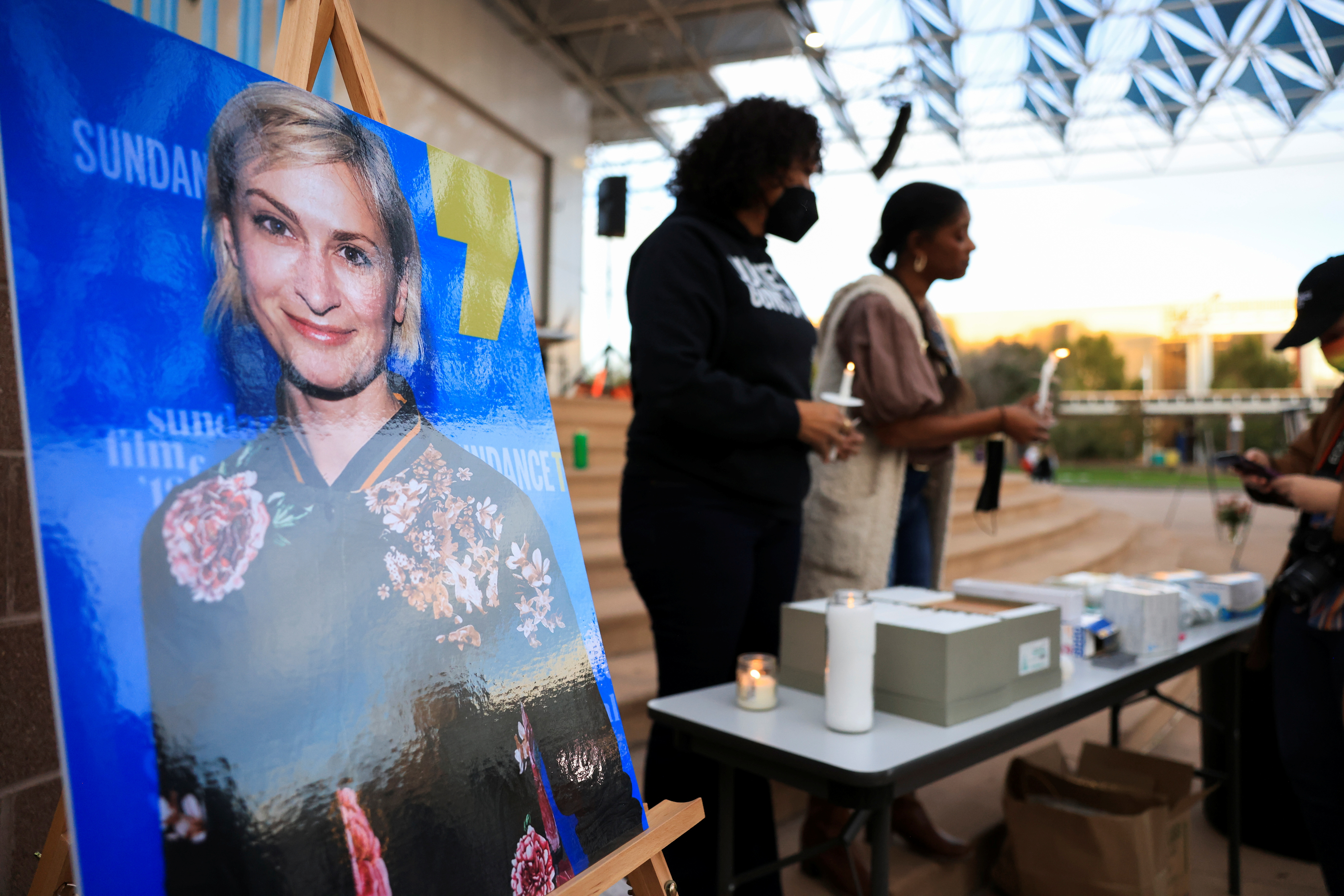 An image of cinematographer Halyna Hutchins, who died after being shot by Alec Baldwin on the set of his movie “Rust”, is displayed at a vigil in her honour in Albuquerque, New Mexico, U.S., October 23, 2021. REUTERS/Kevin Mohatt 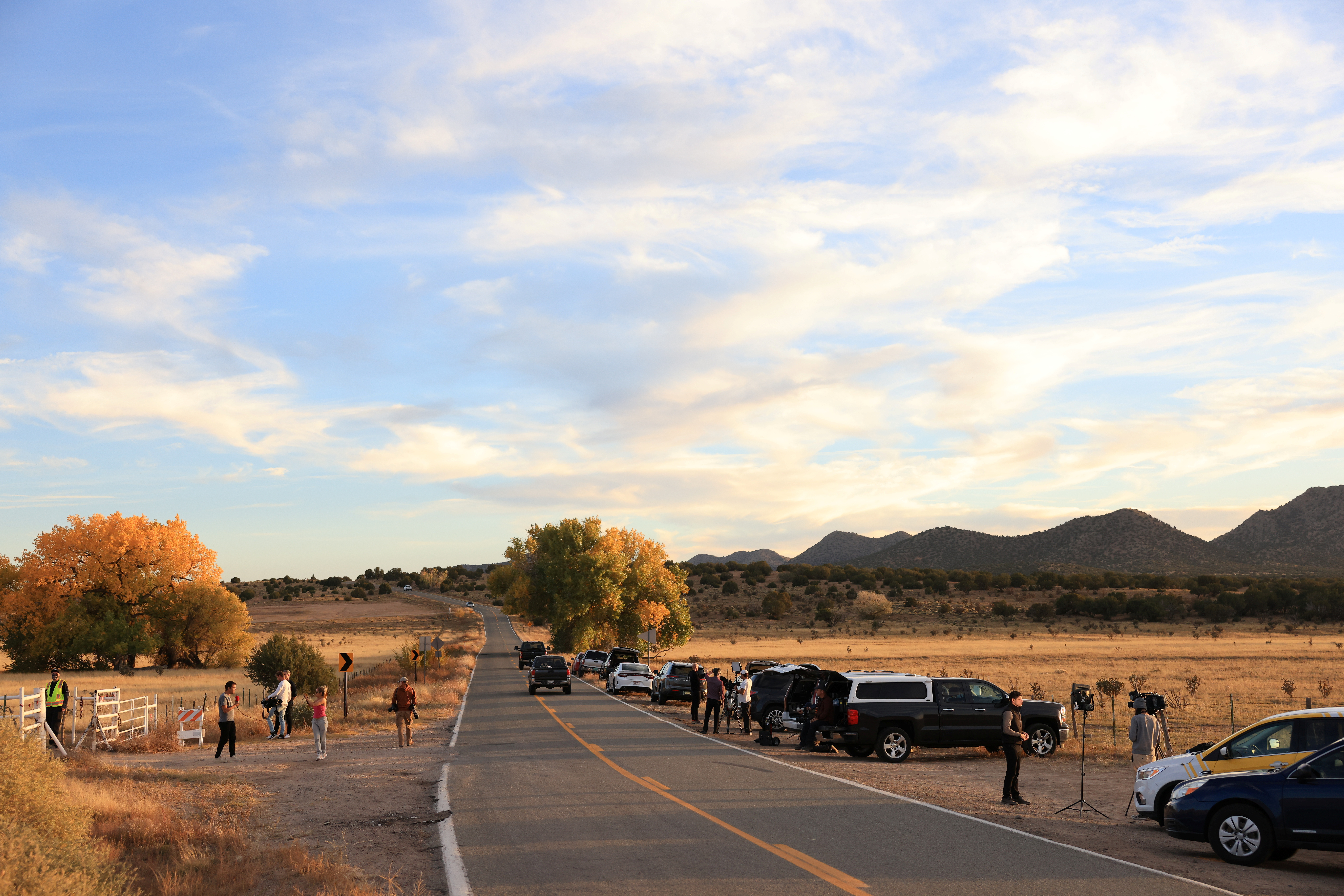 Media crews station themselves outside the gate of the film set of “Rust” after Hollywood actor Alec Baldwin fatally shot a cinematographer and wounded a director when he discharged a prop gun on the movie set in Santa Fe, New Mexico, U.S., October 22, 2021. REUTERS/Kevin Mohatt 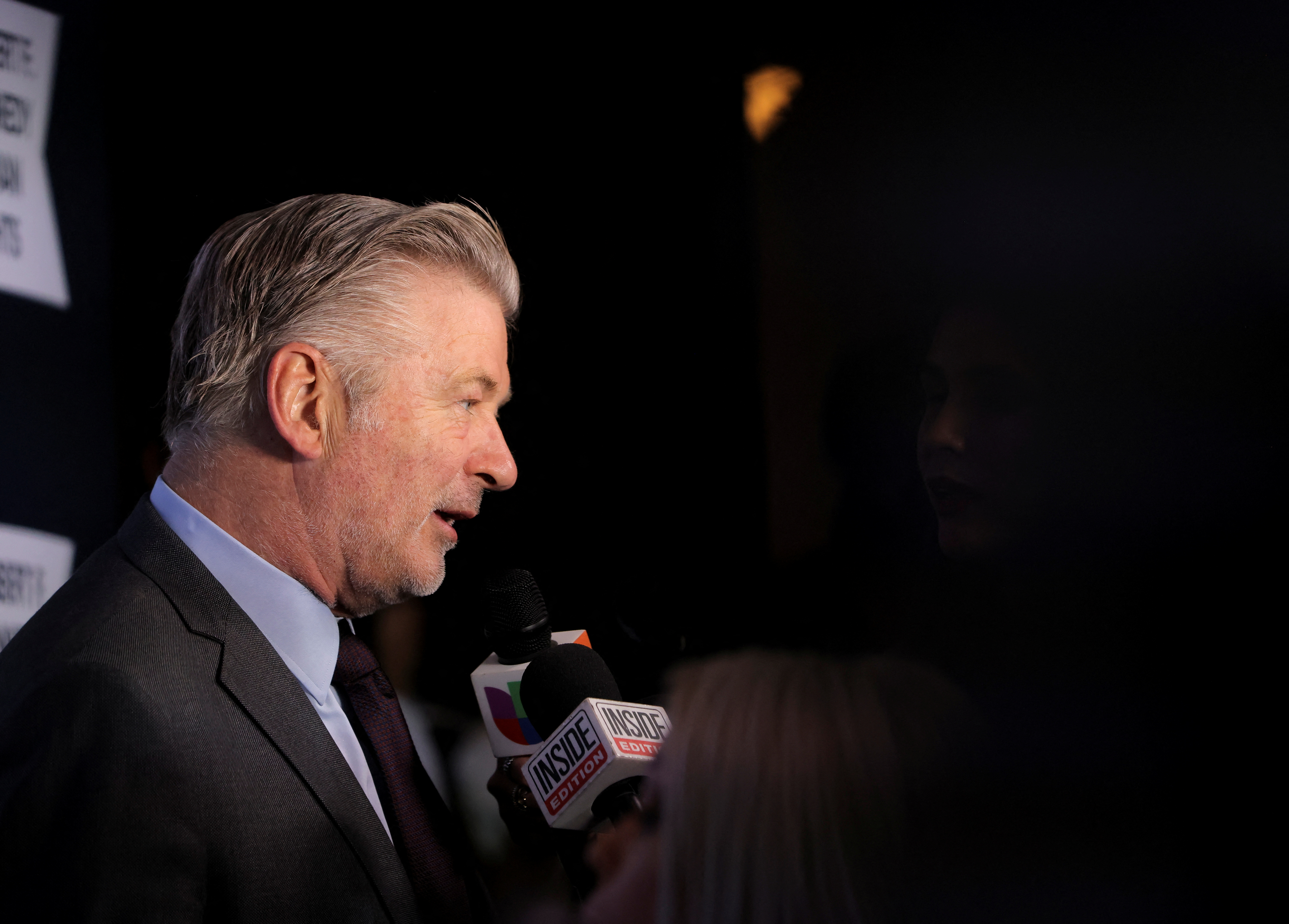